Researchers have developed smart IoT-based machine for welding ferrous tubes faster than conventional fusion welding or solid-state processes presently used with less consumption of energy. As manufacturing industries move toward advanced technologies, there is a requirement to minimise energy consumption and automate the welding process to avoid human-induced errors and also manufacture products swiftly in an eco-friendly manner.

Magnetically Impelled Arc Butt (MIAB) welding involves striking of an arc between two coaxially placed tubes, followed by interaction of the axial component of arc current and radial component of a magnetic field that causes a force called Lorentz force. This force acts on the arc and impels it around the joint line with an approximate linear speed of 200m/s that uniformly heats the tube surfaces upto the highest temperature at which it is solid (solidus temperature). The softened tube edges (butt ends) are then forced into penetration by forging to form a weld. 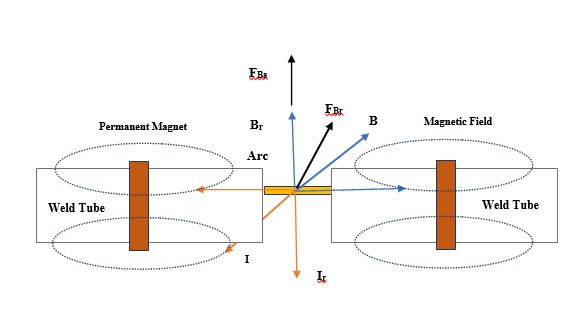 The equipment developed is customized for welding mild steel/ low carbon steel tubes for 3 outer diameters — 21.5mm, 22.5mm and 27 mm respectively with 2-3 mm thicknesses which are typically employed in automotive and structural applications. The scientists are in the process of establishing new equations for two dependent parameters– arc velocity and arc rotational sound, based on which an approximate prediction can be made about the welding. 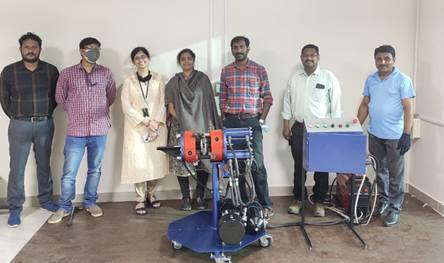