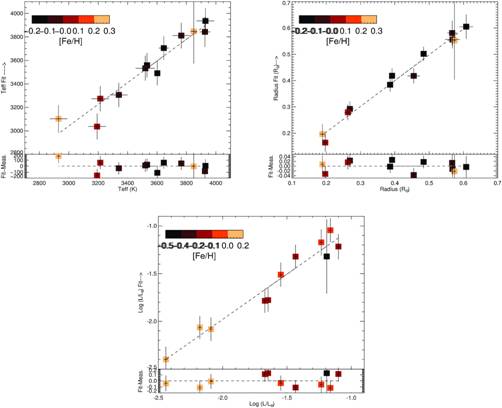 The clouds are becoming clearer in the search for a new kind of life in the universe. Scientists have established some empirical relationships enabling the use of spectral indices for finding the fundamental parameters of M dwarf stars that could identify them as potentially habitable.

M dwarfs are the tiniest of the stars that have masses ranging from about 8 percent to about 50 percent of the Sun’s mass. More than 70% of all stars in our Galaxy are M dwarfs (also known as red dwarfs), dominating the stellar populations by number. For long, scientists have considered them unlikely host of habitable planets.

As new evidence that the chances of the occurrence of planetary systems, especially Earth-like planets orbiting in ‘habitable zones’, increases with decreasing stellar mass and radius, M dwarfs are becoming attractive targets for potentially habitable extra-planet searches due to their proximity, small size, and low mass. NASA’s Kepler mission suggests that M dwarfs are swarming with rocky planets, making the characterization of these low-mass stars crucial.

A team of scientists from the S. N. Bose National Centre for Basic Sciences (SNBNCBS), an autonomous institute under the Department of Science & Technology (DST), Government of India, led by Dr.Soumen Mondal (faculty at SNBNCBS) along with his colleagues Mr. DhrimadriKhata (Ph.D. Student at SNBNCBS), Dr.Ramkrishna Das (faculty at SNBNCBS), Dr.Supriyo Ghosh (now a postdoctoral fellow at TIFR) and Mr. Samrat Ghosh (Ph.D. student at SNBNCBS), have established new reliable empirical relationships for finding the fundamental parameters of M dwarfs for characterization of hosts having a rocky extra-solar planet. The findings of the present research work were published in the journal ‘Monthly Notices of the Royal Astronomical Society’ recently.

The determination of stellar parameters in M dwarfs have been a challenging task as these M dwarfs are smaller, cooler, and fainter than Sun-like stars. These new empirical relationships could help overcome this challenge. Figure 1: A few example spectra for the H and K bands with the sequence of the spectral types from K8V to M7V observed using the 2-m HCT are shown. Some of the most prominent and significant atomic and molecular absorption features are indicated. The portions dominated by water absorption and almost free from any features from (1.595–1.780) μm in the H band and from (2.07–2.38) μm in the K band are shown in boxes filled with dotted lines. 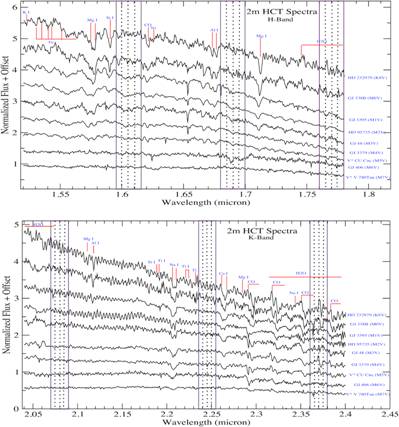 Figure 2: The plots of our best-fitting calibration relationships for Teff (top left), radius (top right), and log (Lbol) (bottom) are shown here. The horizontal axes show the interferometrically measured stellar parameters, and some values taken from Mann et al. (2015). In the upper panel of each plot, the vertical axes represent our inferred parameters; in the lower panel, the vertical axes show the residual between our best-fitting values and the directly measured values. The data points are colour-coded by the [Fe/H] values calculated in this work.