I hope the organisers of the Pro Kabaddi league will consider including the players in the draft for the next season: Shri Anurag Thakur

University of Kota and Chaudhary Bansi Lal University’s men teams served up a treat in the final of the men’s kabaddi competitions  in Bengaluru on Tuesday, concluding a grand spectacle at the Khelo India University Games 2021. 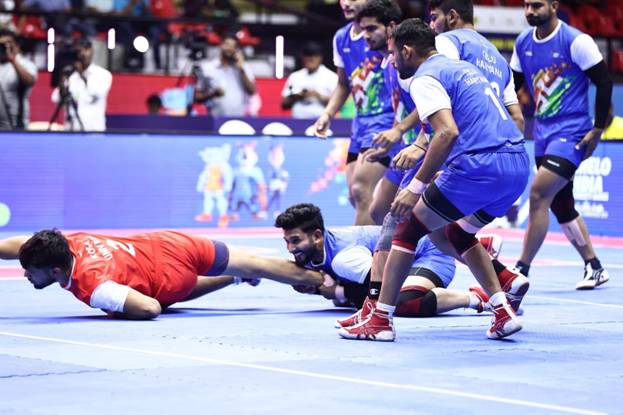 The opening game of the day was the women’s final contested by Kurukshetra University and Maharshi Dayanand University. Kurukshetra’s dominance right from the start saw them run out easy winners.

The real highlight was reserved for later — the men’s final — with Shri Anurag Singh Thakur the Minister for Sports, Youth Affairs and Information and Broadcasting in attendance. In addition, Pro Kabaddi League players Pawan Sehrawat, Ajay Thakur and Naveen Kumar were in attendance. Enthralled by the high quality contest, the Minister requested that the Pro Kabaddi League consider including players from the two finalists into the draft for the ninth season. 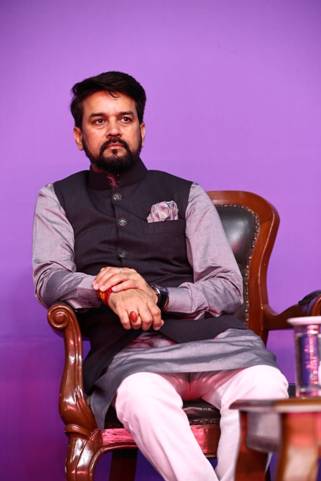 “I was sitting with some of these superstars from the league, and I asked them how much difference there was between them and the boys playing here,” Shri Thakur said. “They said that some of these players could definitely be part of the teams in the league.

“Having heard that, I hope the organisers of the league will consider including the players in the draft for the next season. It will be a game changing moment for Indian sport,” Shri Thakur said. An opportunity for university sports to regain precedence in our sporting system.”

The final itself was tightly found for over a third of the game, University of Kota and CBLU not giving the other an inch to spare. The two teams were separated by a maximum of two points, till halfway through the second half, when University of Kota forced an all out, to race into a lead, one they consolidated to triumph by 15 points and grab gold, — their first of the games.

“I think we were all a bit nervous in the first half,” Kota’s captain Ashish said. “The atmosphere, the lights, the sound, and the occasion threw us off. In the second half though, our coach told us to concentrate on the game itself, and well, the result soon arrived.”