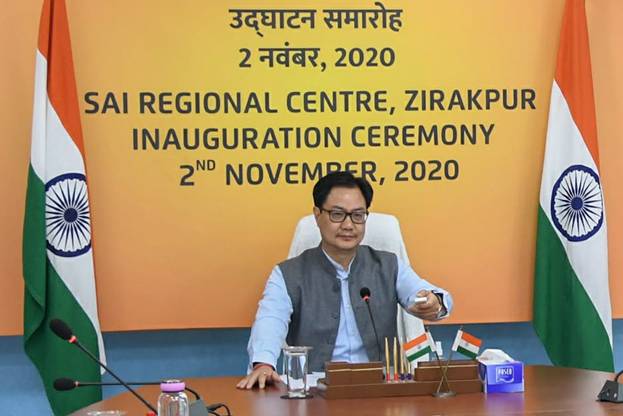 Delhi, Nov 3
Union Minister of Youth Affairs and Sports Kiren Rijiju virtually inaugurated Sports Authority of India’s (SAI) new Regional Centre in Zirakpur, Punjab which will now act as one of the main SAI centres for the northern belt of India.

During the event,Shri Rijiju congratulated the coaches and athletes who would be training at the new centre and said that once the COVID -19 situation is better he will personally visit the centre.

“The northern belt of India covers a huge region, right from Jammu and Kashmir and Leh to Himachal Pradesh and we are doing a lot of development in this region with the aim of building world-class sporting facilities in India. This is being done especially keeping our young athletes in mind, who are the future of this country and will have a big role to play in making India a sporting nation.”Shri Rijiju added.

The Zirakpur Regional Centre’s administrative block has been built by the Central Public Works Department (CPWD) and several other sporting facilities will be added soon.