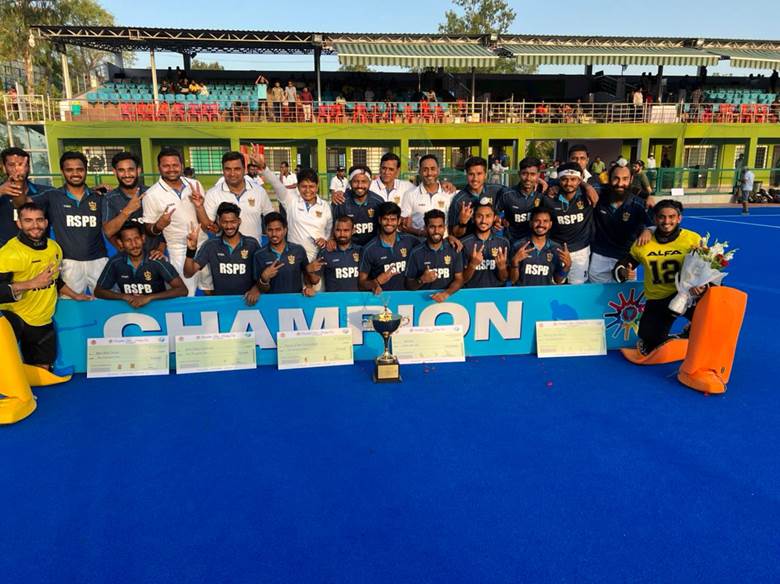 Started in year 1931 as Obaidullah Gold Cup, the prestigious tournament carried on for decades and has produced many  international players during its journey. It was last played in year 2016 and was organized after a gap of six years this year. Last time, in  the year 2016, the tournament was won by  BPCL and Railways team was runners up.

A dozen teams participated in the esteemed  tournament  concluded on March 27 where Railway’s  Arjun was adjudged Man of the Tournament.

The man of the final Match,  best defender and best mid fielder were also from Railways viz. Joginder, Jasjit and  Niyaz Rahim respectively.

It is worth a mention that Indian Railways have approximately 3000 active men and women sportspersons.  Railways also have a vast sports infrastructure across the country including the dedicated Hockey Academy at RCF, Kapurthala.

The Indian women Hockey team which secured 4th place in the 2020 Tokyo Olympics, was composed of 12 Railway players out of total 16  players. The Indian Men Hockey team in the Olympics also had two  players from Indian Railways.

As a matter of fact,  during the year 2021-22, RSPB Men  Hockey team has  participated in 05 National Level Tournaments and has played final in all the 05 tournaments.