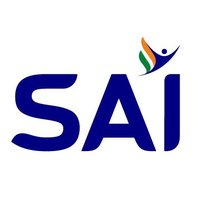 Delhi, Oct 25
The Sports Authority of India has approved the national coaching camp for Table Tennis, which will commence on 28th October till 8th December. The camp comprising 11 players (5 male, 6 female) and four support staff will be conducted by the Table Tennis Federation of India at the Delhi Public School, Sonepat. The camp has been sanctioned at a total cost of approximately Rs. 18 Lakhs (plus air travel and medical expenses).

Campers will be staying in the residential facilities at DPS, Sonepat. The camp will abide by the Standard Operating Procedures set up by the Sports Authority of India for the resumption of sporting activities. This will be the first national camp for Table Tennis that will be held after the announcement of the nationwide lockdown due to coronavirus in March this year.

Archana Kamath who is a part of the Target Olympic Podium scheme development group and a semifinalist at the 2018 Youth Olympics is happy to be returning to a camp environment and getting to see her teammates after a long time, “I had been training at home in Bengaluru but looking forward to return to a camp environment where I can get to see my compatriots in the Indian team after a long time and train with them.” Kamath added that while her ultimate goal is to qualify for the Olympics and play in them, for the moment she is just focusing on the present and thinking of one match at a time.

India have performed very well in Table Tennis in recent times winning 8 medals at the 2018 Commonwealth Games as well as winning medals for the first time ever at the Asian Games the same year.