The young pugilist from Haryana is representing OPJS University, Rajasthan at the Khelo India University Games 2021

The land of Haryana has been a vast hunting ground for the brightest talents in Indian boxing since the turn of the 21st century, making household names of stars such as Vijender Singh, Vikas Krishan Yadav, Pooja Rani, Amit Panghal, and many more. Another such star in the making at the Khelo India University Games 2021 is the young Akshay ‘Kumar’ Siwach from Bhiwani, Haryana. 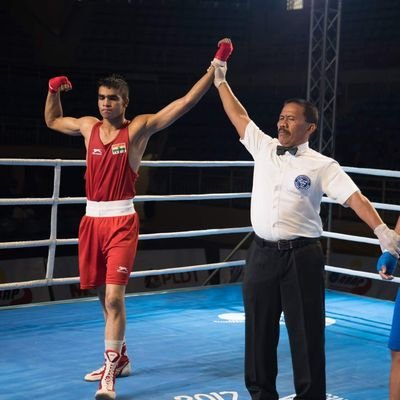 20-year-old boxer Akshay was named after the Bollywood actor Akshay Kumar. Sharing an anecdote about he got his name, Akshay said, “My family name is actually Siwach, but I am more commonly known as Akshay Kumar by my friends and family. When I was born, my mother named me Akshay, and my father added the name ‘Kumar’ because he was fond of the actor by the same name. That’s how I got this name.” Akshay is competing in the 63.5kg weight category at the Khelo India University Games 2021, where he is representing OPJS University, Rajasthan. He has already breezed into the semi final of the competition, where he is set to face Harshdeep on wednesday.

Speaking about the Khelo India platform, Akshay stated that the platform will help young athletes by offering them competition against the best athletes from across the country. “The Khelo India University Games are like a test among the best young athletes in the country, because to qualify for this stage, the athletes have to already come through state and university level qualifying competitions beforehand,” he said.

“Oragnising these Games is a good initiative by the Government of India. They understand the needs of young athletes and give them a chance to make progress in their respective discipline. I am happy with the diet that is being given to athletes who have come here. We are being given the right diet in the right amounts. Other than their training, this is the most important aspect for athletes to improve. The accommodation facilities are also very good, so we can focus fully on our performance in the Games and not worry about where the resources will come from.”

Boxing came naturally to young Akshay Siwach as he hails from a family with a rich legacy in the sport. With two uncles and an elder brother who have competed at International level, Akshay believes he was destined to take up the sport from a young age. However, the source of his inspiration comes from another renowned name.  “I idolise and try to follow Vikas Krishan Yadav, because I am also a southpaw just like him and we both come from Bhiwani. He is a great boxer, and his biggest quality is how he applies his mind in each bout. He shows that boxing is not just a physical sport, but a mental battle as well”, Akshay added.