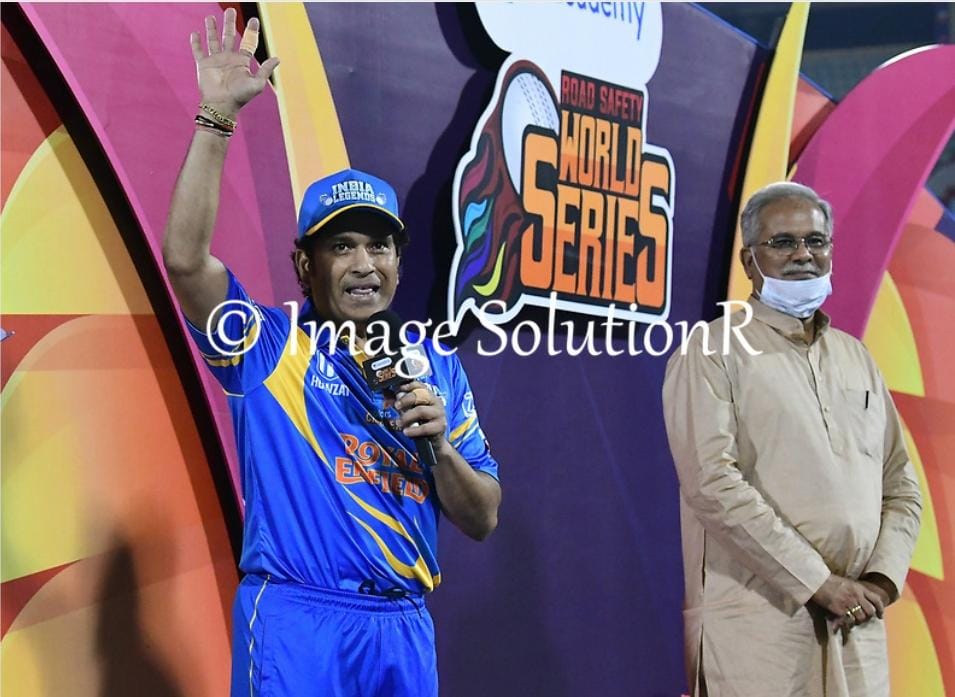 Baghel extended best wishes and congratulations to the winners. This series was organized with the objective of creating awareness about road safety, and the legendary teams from 6 different countries participated in this series. During the matches of the series, the message about road safety awareness was conveyed to the people. During this entire series, the players entertained the spectators by showcasing their exciting performance. Audience got a chance to watch the sportsmanship of legendary players from different countries at the Cricket Stadium in Chhattisgarh.