Shri Anurag Singh Thakur said that Men’s and Women’s teams’ success in Tokyo Olympics has given a new lease of life to Hockey as a sport in India. Speaking at the event Shri Thakur said that there is no dearth of talent in India and I congratulate Delhi Hockey for this initiative which will help induct more talent at the grassroots. We aim to nurture grassroots talent towards the global excellence. Training and competitions are equally important as they boost the morale of athletes. “We want more states to organize such events so that Hockey can be promoted and young talent gets opportunities to sharpen their skills”, the minister added. The Hockey League, which is being organised by the Sports Authority of India (SAI) in association with the Delhi Hockey Federation, will have a total of 36 teams competing for the trophy and more teams can also participate in later stages. The event starts today and over every weekend 4 matches will be played. First match of the league was played between Delhi University’s Shyam Lal College and the Faith Club ( an independent hockey club). 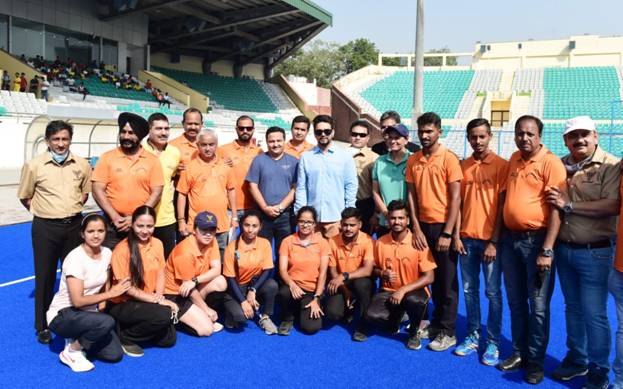 Anurag Thakur to interact with Sports Ministers of States, UTs to draw up roadmap for Sports development in the country