Events held at 75 places by Ministry of Petroleum and Natural Gas, & Ministry of Housing and Urban Affairs 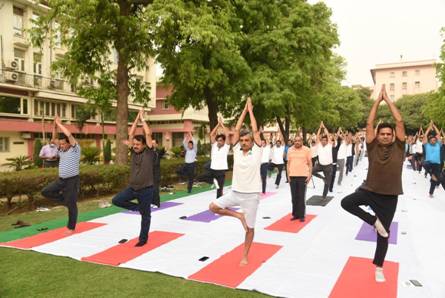 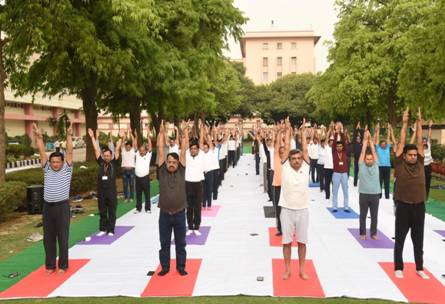 Petroleum and Natural Gas Secretary Shri Pankaj Jain and officers of the ministry and oil marketing companies participated in the main yoga session at New Delhi. 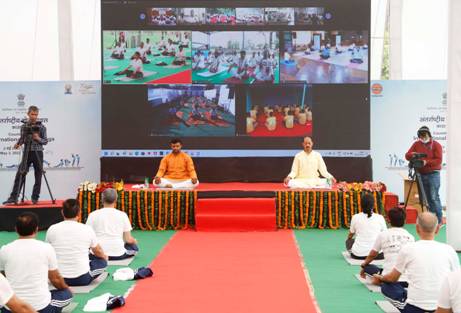 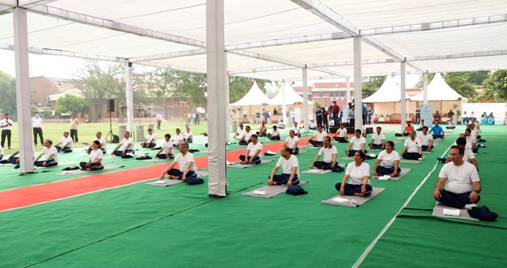 In his message telecast during the event, Shri Puri appreciated the initiative of the AYUSH  Ministry for organizing the countdown to the International Yoga Day in which the two ministries today took part whole-heartedly at places spread all over the country, including overseas locations. He said that Yoga is a form of Body-mind fitness that involves combination of muscular activity and is also internally directed towards mindful focus on the Self, the Breath and the Energy.

Describing Yoga as the three thousand old tradition, the Minister said that even the western world now recognizes it as a Holistic approach. Yoga is now uniformly and universally recognized and documented as an alternative system of medicine, he added.

The International Day of Yoga (IDY) is celebrated every year on June 21st. Ministry of AYUSH is the nodal Ministry of IDY celebrations. On this day, a mass Yoga demonstration program is held in the morning under the guidance of Yoga experts, followed by other Yoga related activities.

This year, as the nation celebrates Azadi ka Amrit Mahotsav to mark 75th year of Independence, Ministry of AYUSH has initiated a 100-day countdown program starting from 13.03.2022 with participation of 100 different organizations. In this regard, the Ministry of AYUSH has also allotted specific dates to each of the Ministry for observing the Countdown to International Day of Yoga pre-celebrations by practicing Yoga exercises based on Common Yoga Protocol (CYP) and organize other related activities.