NMIC showcases contribution of cinematic legends from all over India, we welcome back film lovers: Additional Secretary, Ministry of I&B

NMIC is Asia’s best film museum, it takes you on a nostalgic journey of films: DG, Films Division

An exhibition of vintage cars and bikes has been held at the National Museum of Indian Cinema premises in the Films Division complex on Sunday. The exhibition, organized as part of the celebration of Azadi Ka Amrit Mahotsav, has been organized by NMIC in collaboration with The Vintage and Classic Car Club of India (VCCCI). 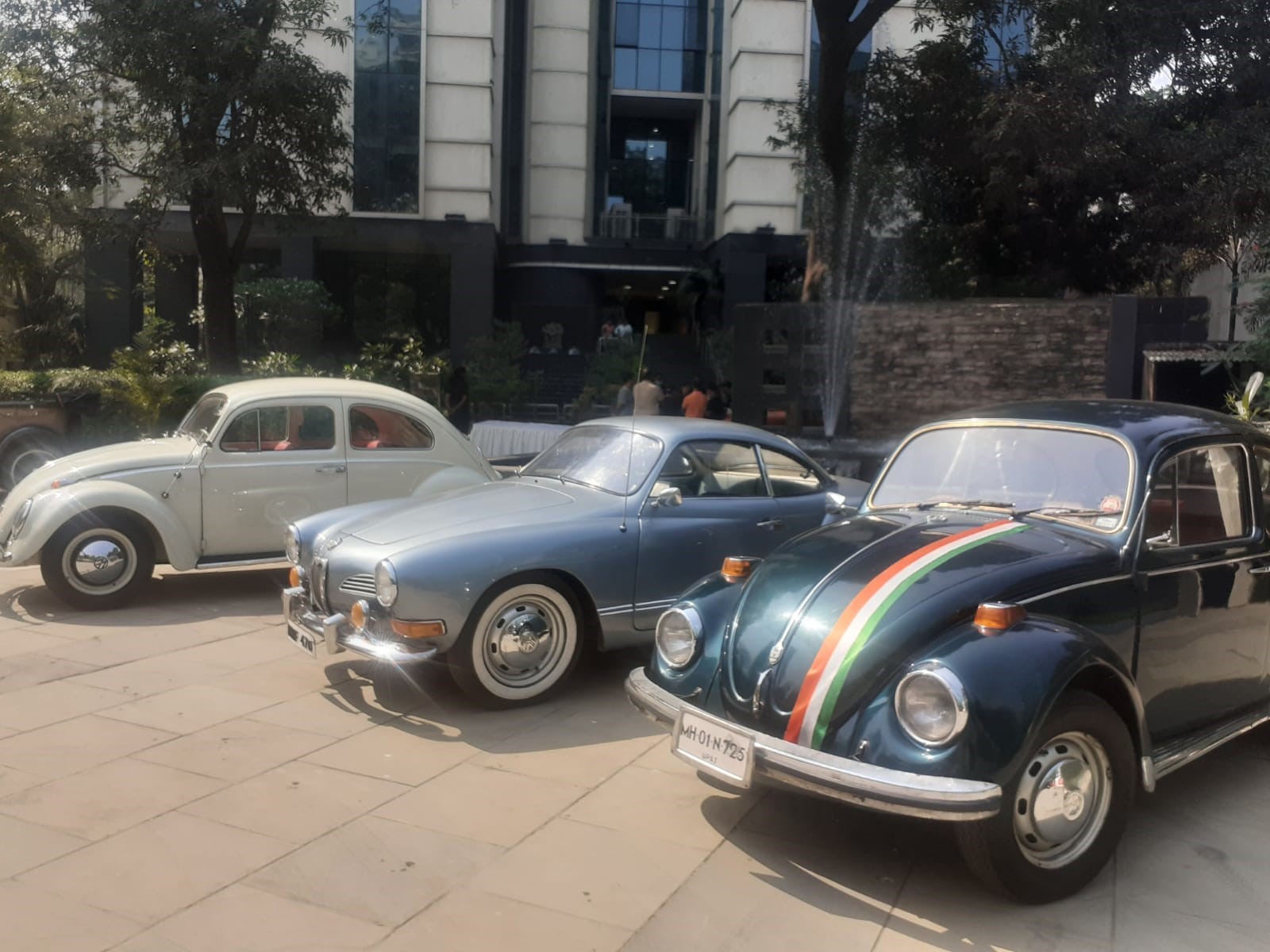 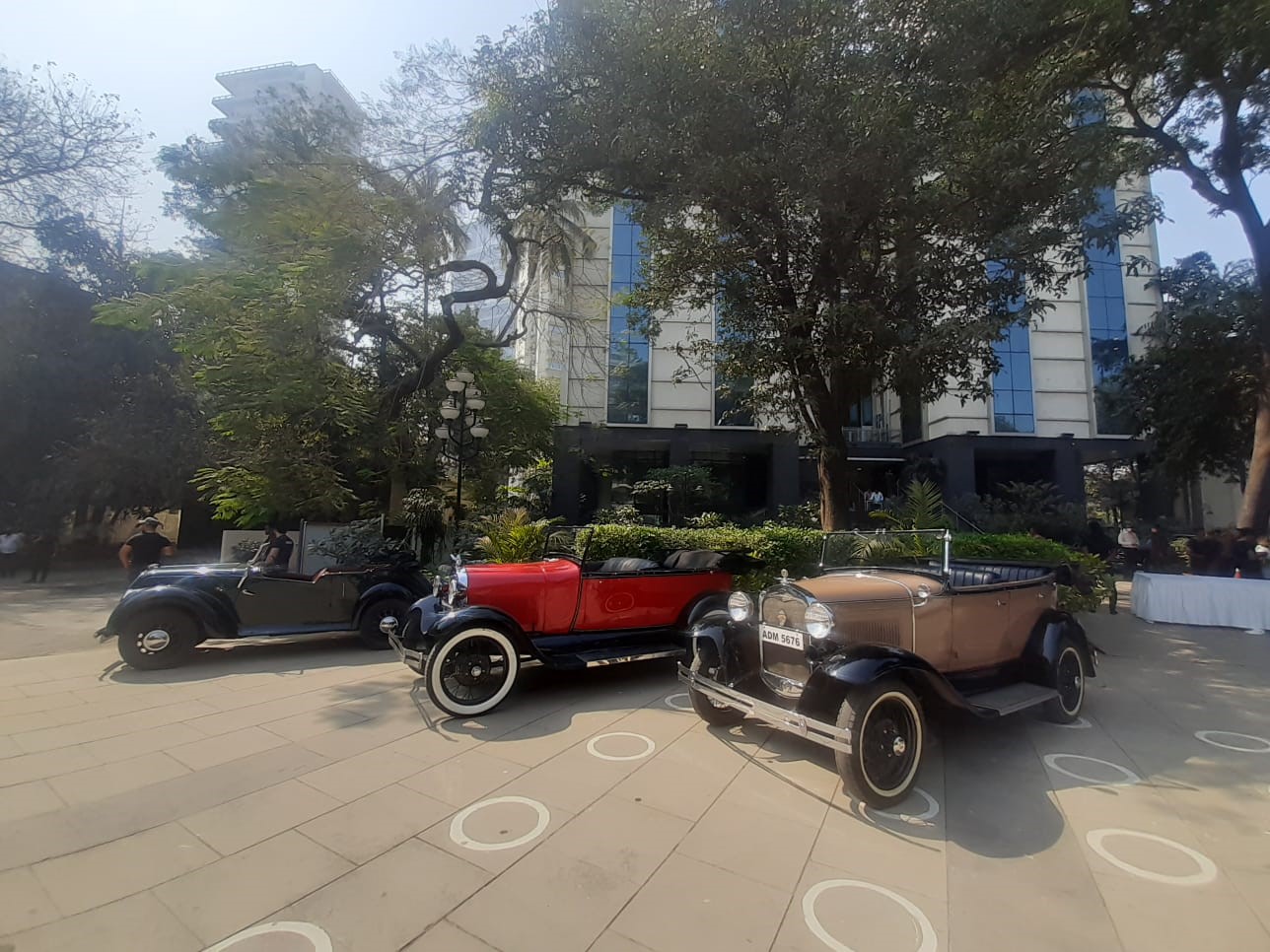 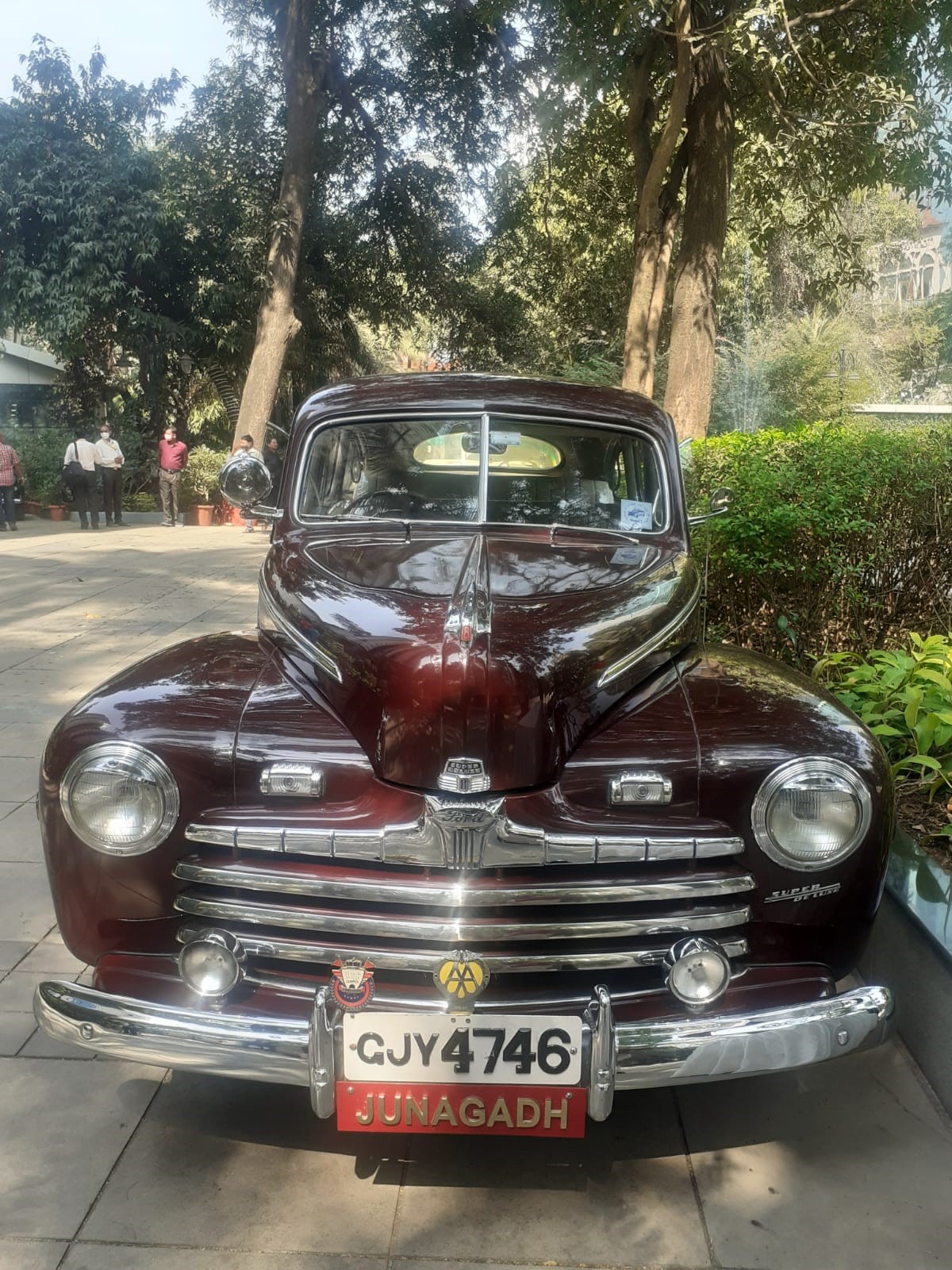 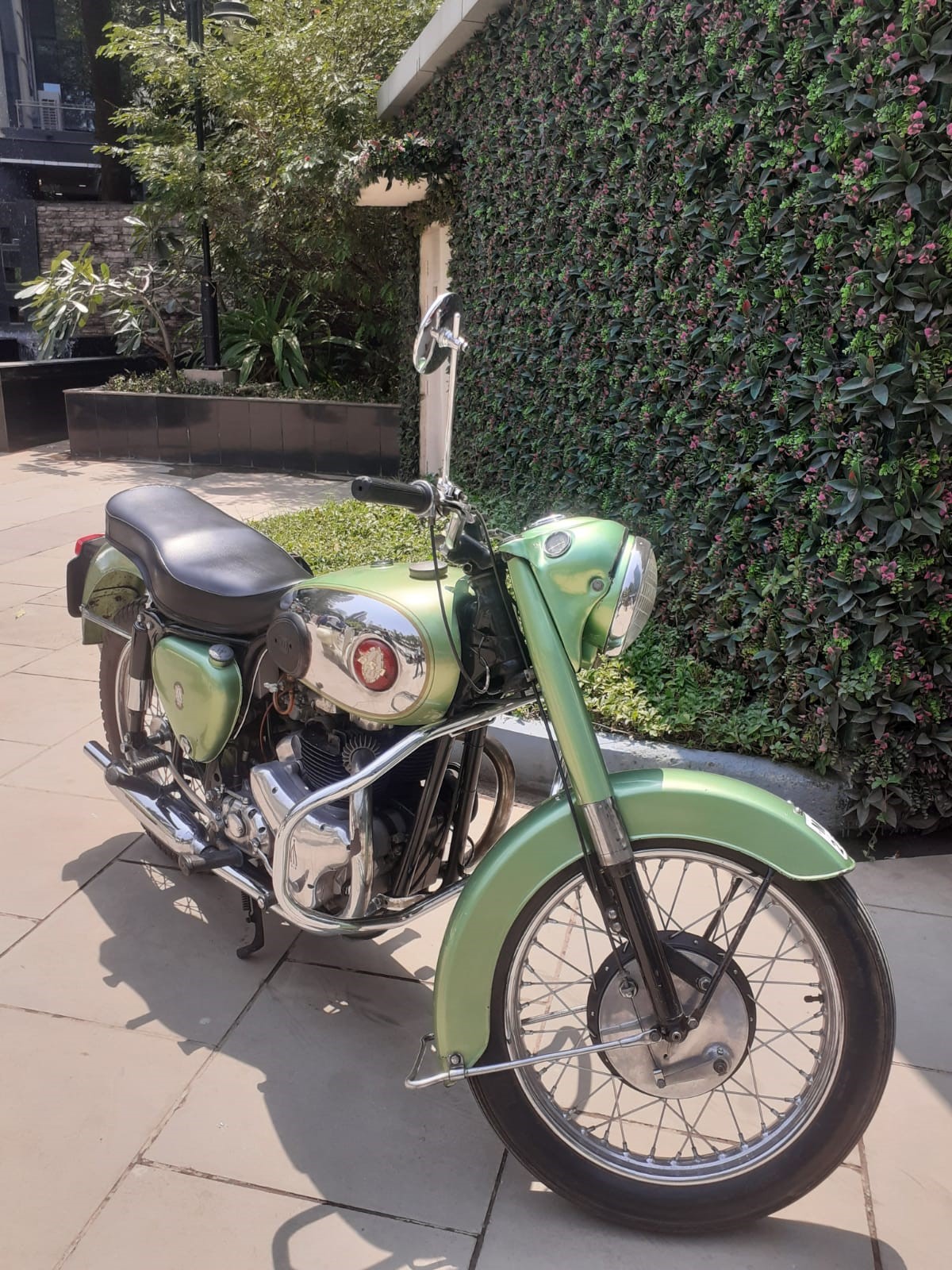 Speaking about the exhibition, Additional Secretary, Ministry of Information & Broadcasting, Neerja Sekhar said that a very beautiful collection of 75 vintage cars and bikes has been put up for the exhibition today. “This is a symbolism which helps us remind the current generation about the struggles and sacrifice rendered by our earlier generations in securing us the freedom we enjoy today.”

Actors Akshay Kumar and Kriti Sanon visited the exhibition, along with Additional Secretary. 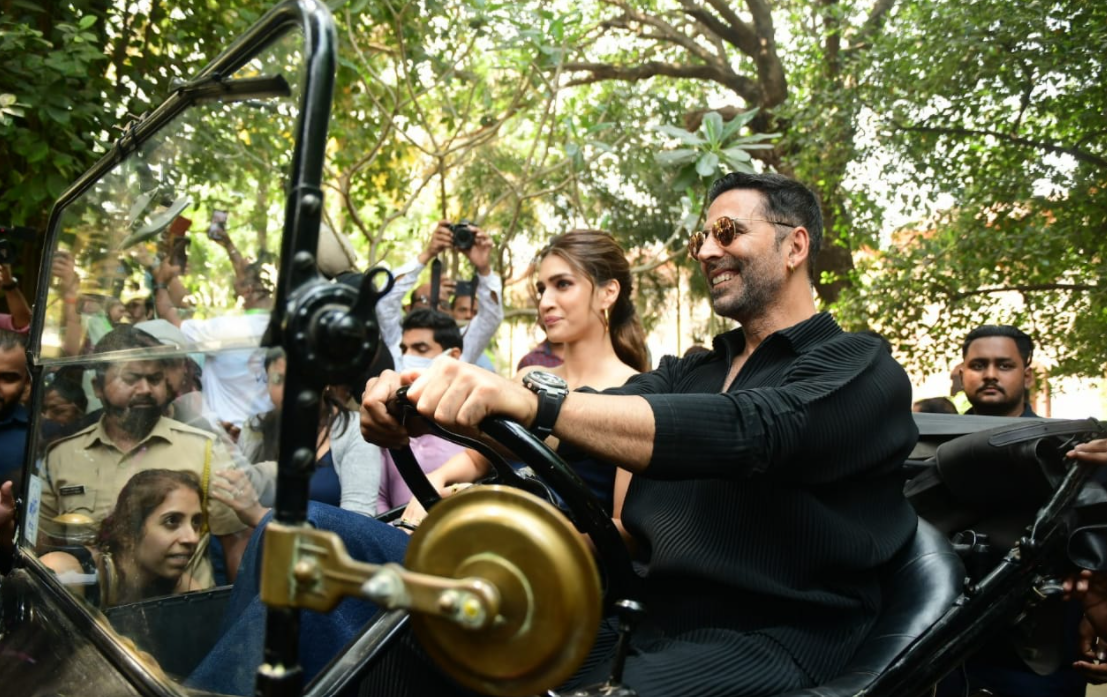 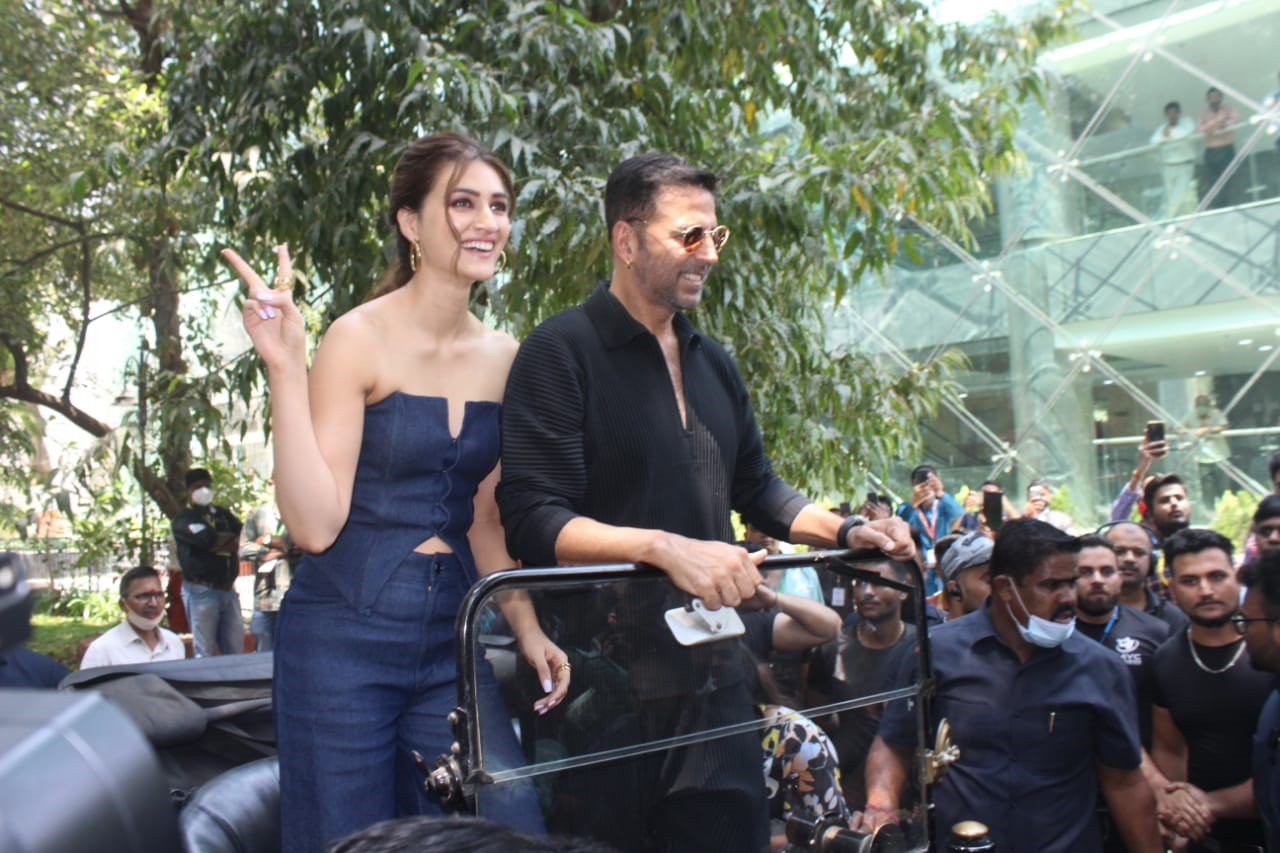 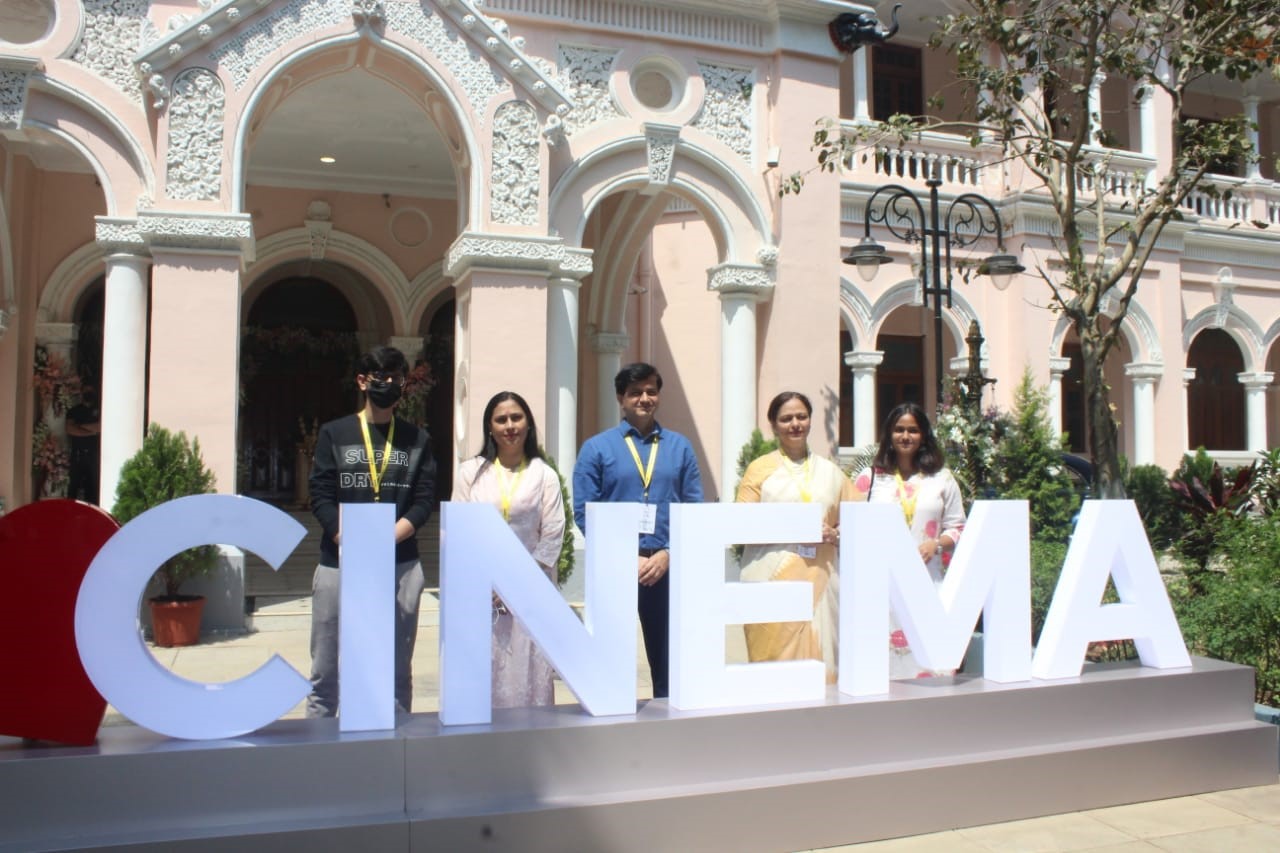 A selfie point at the Museum premises has been inaugurated on the occasion, by Additional Secretary, Ministry of Information & Broadcasting, Neerja Sekhar and Director General, Films Division, Ravinder Bhakar. 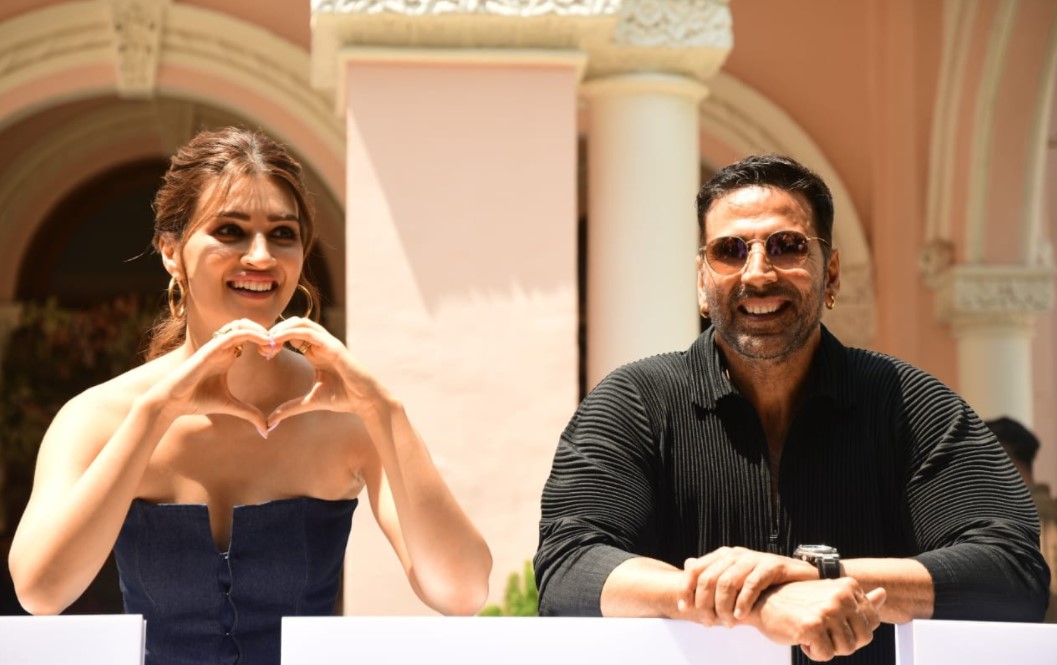 It was also an occasion for NMIC to welcome back its audiences post the closing down of the museum in view of the COVID-19 pandemic. Cine aficionados and curious cinema fans would be excited to hear the news. The audiences will get to appreciate a slate of films that celebrate cinema’s rich past, present and future.

The Museum recently welcomed visitors back after lifting of restrictions imposed due to the pandemic. The Museum is open to the public from Tuesday to Sunday (11 AM to 6 PM); the counter closes at 5 PM and remains closed on Mondays and Public Holidays.

Speaking about the Museum, Additional Secretary, Ministry of Information & Broadcasting, Neerja Sekhar, said that the Museum showcases contribution of legends of Indian cinema across the years. “National Museum of Indian Cinema has been a dream project which was inaugurated by Honourable Prime Minister, Shri Narendra Modi in 2019. Pandemic has kept museum-goers and cinema lovers away from NMIC for long. We now want to welcome people back here. The museum showcases the contributions of the legends from all over India and the equipment and interactive media keep the visitors engrossed.  The Museum shall continue to periodically upgrade and keep adding exhibits which showcase the cinema world of the region. Our cinema has a very old tradition, since even in pre-independence era, films were being made in our country in 13 languages. We are very excited that we are able to showcase this legacy and richness of our cinematic heritage through NMIC.”

Managing Director NFDC India and Director General, Films Division, Ravinder Bhakar informed shared his views on what makes the museum unique. “In the days to come, you will realize that NMIC will clearly stand out as a unique Museum. It’s built on par with renowned museums of the world and is currently the best in Asia. What really makes the National Museum of Indian Cinema unique is the invaluable assets and artefacts it displays. It stands out as a distinctive structure in itself, it empowers filmmakers & general audiences and takes you on a nostalgic journey.”

Chairman, VCCCI, Nitin Dossa said that he hopes to continue the fruitful association with NMIC. “We are honoured and delighted to partner with NMIC, our preservation and exhibition personalities match. We exhibit all historically significant vehicles and associated materials. VCCCI encourages careful and skilful driving and it’s our duty to highlight the importance of Road Safety. Members of our club are happy to be invited here. Wishes to all on the occasion of Azadi Ka Amrit Mahotsav.”

Actors Akshay Kumar and Kriti Sanon were given a guided tour of the NMIC, in the company of Additional Secretary, Ministry of Information & Broadcasting and Managing Director General, Films Division. Actor Akshay Kumar said that everyone should come and visit the magnificent NMIC, which according to him is almost like a place of worship. “I’m overwhelmed to be here. Indeed, it was a pleasure associating with NMIC, I have grown up watching the celebrated films over the years, and everybody should come & see this magnificent film museum. If I could add, I’d say it’s almost like a place of worship for a filmmaker as the works of legendary filmmakers have been respectfully archived and portrayed here.”

Actor Kriti Sanon spoke in glowing terms about the museum, especially the children’s section. “I am so impressed after exploring the Museum, its curation is so delightful. I didn’t know Chandralekha was the first South Indian film that became prominent throughout India, inspiring South Indian producers to market their films in North India. It was also the most expensive film made in India in the 1940s.  Well, the Children’s section floor is my favourite, which is activity-based and so immersive.”

The Museum is housed in two buildings – the New Museum Building and the 19th century historic palace Gulshan Mahal – both at the Films Division campus in Mumbai.

The New Museum Building has four Exhibition Halls which encapsulate:

Gulshan Mahal is an ASI Grade-II Heritage Structure which has been restored as part of the NMIC project. The displays present here showcase the journey of over a hundred years of Indian cinema. It is divided into nine sections viz. The Origin of Cinema, Cinema comes to India, Indian Silent Film, Advent of Sound, The Studio Era, The impact of World War II, Creative Resonance, New Wave and Beyond and Regional Cinema.