Khellani-Goha road National Highway-244 work will be done in double shift, in order to make up for the delay on account of pandemic and to ensure that the entire project is completed partly within this year and partly by next year.

This was disclosed here on Sunday by Union Minister and MP Udhampur-Kathua-Doda Lok Sabha constituency, Dr Jitendra Singh after he received a briefing and update about the status of the various NHIDCL (National Highways and Infrastructure Development Corporation Limited ) projects in Jammu & Kashmir from the Managing Director (MD) NHIDCL, Chanchal Kumar. 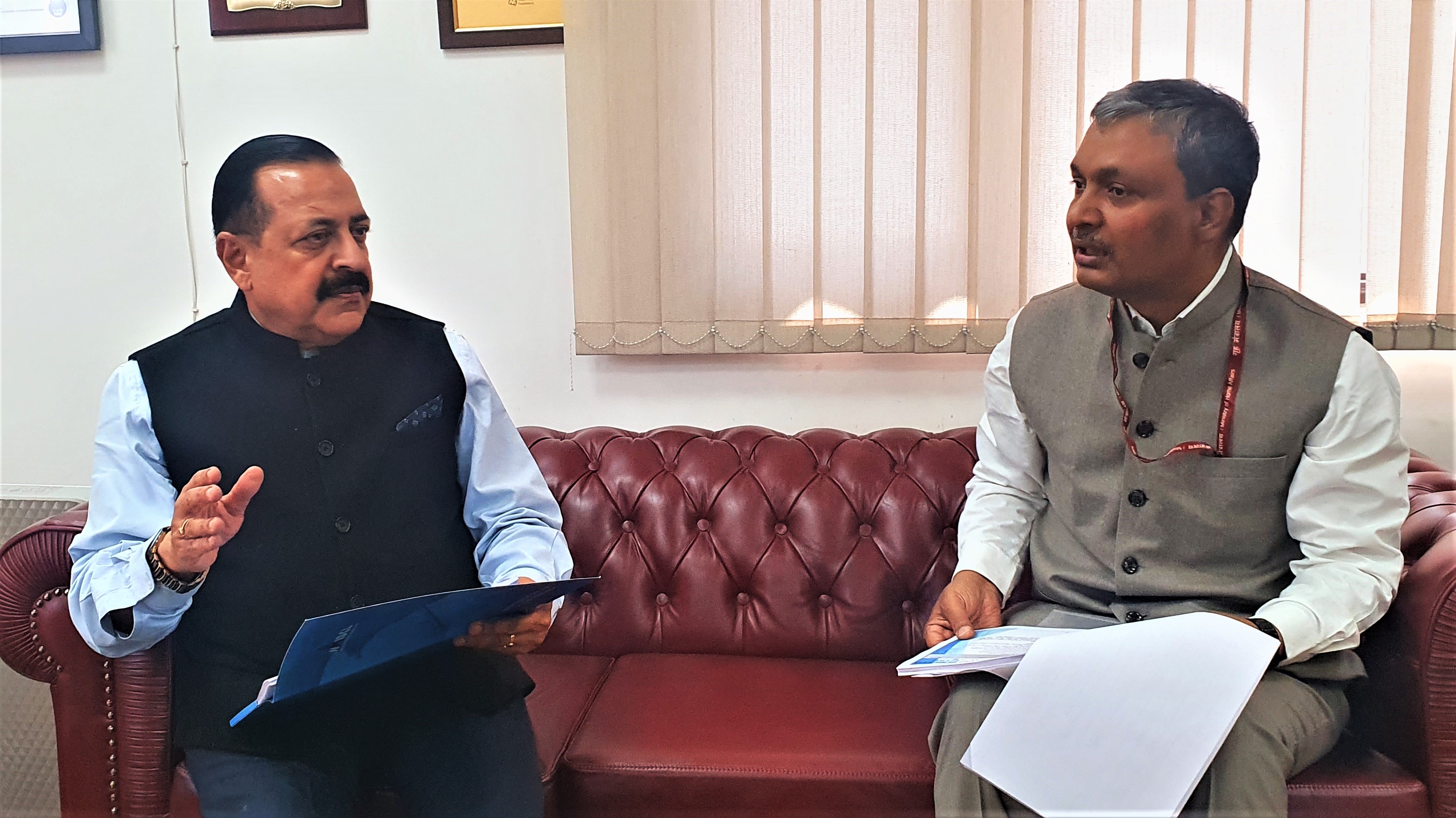 Chanchal Kumar said that the Minister had very minutely gone into the details of each of the ongoing NHIDCL projects both in Jammu as well as in Kashmir regions and had spent nearly one and a half hour discussing every small detail of every aspect. He said, the Minister was keen that efforts must be made to expedite the projects so that COVID related delay could be made up to the maximum extent.

As far as the Khellani-Goha project is concerned, Dr Jitendra Singh was of the strong opinion that considering the importance of the project, the work should be undertaken in two shifts. Accordingly, Chanchal Kumar assured the Minister that he will immediately issue the necessary orders and try to elicit maximum cooperation in this regard from the construction agencies and concerned contractors.

Goha-Khellani-Khannabal National Highway NH-244 linking Chenani-Sudhmahadev-Khellani-Chattroo-Khannabal will provide an alternative route of road transport, which will not only provide ease of travel and revenue but would also be important from the security point of view. As per the timeline fixed after the pandemic, phase-I of Goha-Khellani road is likely to be completed by December this year, while the further stretch upto Chattroo in district Kishtwar is likely to be completed by February 2023.

Meanwhile, the two-laning of Chenani-Sudhmahadev road section of NH-244 is likely to be completed by March this year except for a major bridge. Construction of bi-directional tunnel on the Khellani-Khannabal section has also been undertaken and it is likely to be completed by October this year at a cost of Rs 76.49 crore. Among the projects in Jammu district, the MD NHIDCL gave the Minister an update about the four-laning of Jammu-Akhnoor section of National Highway-144A.

The major NHIDCL projects in Kashmir valley about which the Minister was apprised include Zojila bi-directional tunnel, Z-Morh tunnel, upgradation of of Baramulla-Gulmarg Section of NH-701A, construction of new two-lane Anantnag Bypass connecting NH-244 and NH-44.