Swachh Bharat Mission-Urban 2.0, under the aegis of the Ministry of Housing and Urban Affairs, has launched the ‘National Behaviour Change Communication Framework for Garbage Free Cities’ to strengthen the ongoing jan andolan for ‘Garbage Free Cities’. 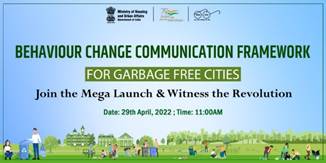 Urban India has seen a social revolution in the field of sanitation, with one hundred and thirty crore citizens rallying behind the Hon’ble Prime Minister’s clarion call for ‘Clean India’ to become a developmental priority during his Independence Day Speech on 15th August 2014. Over the last seven years, this Government policy for cleanliness has metamorphosed to become the world’s largest behaviour change programme that champions the principles of sustainable urbanization, circular economy, Reuse, Reduce, Recycle, as well as the United Nations Sustainable Development Goals. 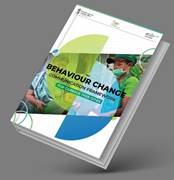 As a consequence of SBM-U, the idea of Swachhata is now ingrained in the minds of citizens with diverse citizen groups coming together to take ownership of their city’s cleanliness status and visibly improve it. At the core of the Mission lies the central belief that ‘swachhata is everyone’s business’ and clear, consistent, and repetitive messaging around this core message has been done tirelessly over the years, through the use of traditional, digital, social media campaigns and large-scale interpersonal communication to ingrain this belief in the minds of all citizens.

Now, under SBM-U 2.0, the newly launched ‘National Behaviour Change Communication Framework for Garbage Free Cities’ shall serve as a guiding document and blueprint for States and Cities to undertake large scale multimedia campaigns along with intensive and focused inter-personal communication campaigns. Launched by Shri Manoj Joshi, Secretary, Ministry of Housing and Urban Affairs (MoHUA), Government of India, the framework focuses on intensifying messaging around the key focus areas of source segregation, collection, transportation, and processing of waste, plastic waste management, and remediation of legacy dumpsites to truly transform the urban landscape of India. 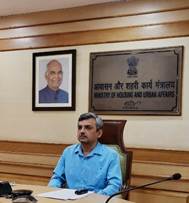 Speaking at the launch event, Shri Manoj Joshi said, “We have seen unprecedented levels of behaviour change being achieved under the Mission. Over the years, our realization is that IEC Campaigns are most successful where local bodies have done adequate work alongside IEC activities. Campaigning and on-ground mobilization must go hand-in-hand for tangible impact to be felt on ground and across society. We must all also resolve to maintain the achievements earned during the last seven years of SBM while forging ahead towards achieving SBM-U 2.0’s vision of ‘Garbage Free Cities’ through strategic partnerships and interventions.” 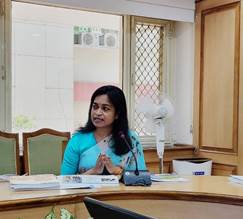 While presenting the core tenets and principles of the Framework, Ms. Roopa Mishra, Joint Secretary and Mission Director, Swachh Bharat Mission, Ministry of Housing and Urban Affairs emphasized on the need to build strategic partnerships with a diverse set of stakeholders to drive behaviour change. She said, “Over the course of the Mission, Cities have proved their creativity and have conceptualized different kinds of interventions for citizens to be part of the jan andolan for swachhata. After seven years, the learnings are clear: any city that has engaged with its citizens directly and extensively has been successful in achieving its Swachhata objectives, in terms of better outputs and outcomes in the sanitation space. The focus of SBM-U 2.0 is to scale up inter-personal communication, mid-media activities, as well as strategic partnerships across all sectors to improve overall sanitation outcomes and drive last mile change.” 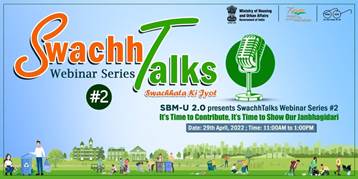 Following the national launch of the BCC Framework for Garbage Free Cities was second edition of SwachhTalks, the peer-learning webinar series for States/Union Territories and Urban Local Bodies titled ‘Swachhata Ki Jyot’ that aimed to share field experiences and best communications’ practices of sector partners, cities, and States in making an impact in the field of Swachhata. 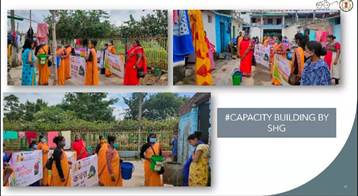 Sharing the on-ground experiences of mobilizing women for across Chhattisgarh, India’s Cleanest State in Swachh Survekshan 2021, Shri Saumil Ranjan Chaubey, Mission Director, SUDA, Chhattisgarh said, “Swachhata Didis are the pillars of the Swachh Bharat Mission in Chhattisgarh. They ensure that every neighbourhood is clean every day. Their efforts have resulted in the State winning the Swachhata Ka Taaj as Cleanest State, three years in a row. Our communications strategy was targeted towards the household. We used digital communication tools such as WhatsApp and created 3,500+ groups to spread critical public information relating to home composting, segregation, and others directly to the citizens. That is how a difference came to be made over time.” 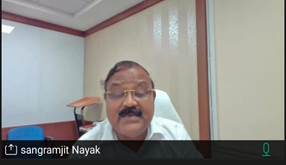 Perspectives from Odisha was shared by Shri Sangramjit Nayak, Mission Director, Odisha who said, “Community participation is key to achieving desired sanitation outcomes. Odisha has always emphasized on the value and role of community-level institutions such as Mission Shakti Women Self Help Groups, Swachh Sathis, Swachh Supervisors, Swachh Karnis, Transgender and Waste Picker in Sanitation and Waste Management. The State has been successful in harnessing the efforts of these groups towards improving swachhata outcomes in the State.”

Shri. Pandit Patil, Chief Office, Lonavala also highlighted the resolve of citizens, especially young students, in the hill station of Lonavala towards making the plush green hills around them garbage free. He spoke about the ‘Dry Waste Passbook Scheme’ by the Lonavala Municipal Corporation that has been well received by young students since 2015. Every year, this initiative alone attracts 9,000+ students from 23 schools to come forward and drive behavioural change by nudging neighbourhoods in Lonavala to segregate waste at the household level. 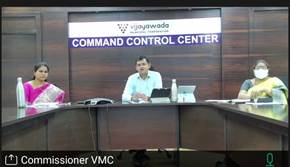 Sharing perspectives from Vijayawada, Shri Swapnil Dinkar, Commissioner, highlighted the resolve with which citizens in his city transformed their urban landscape. He said, “There are 3,700+ SafaiMitras across the city who work tirelessly to change the urban landscape of the city. Key interventions from the Vijayawada Municipal Corporation are nudging citizens to become actively involved in increasing the number of green communities in the city.”

Further enriching the discussion were perspectives from Dr. Barsha Poricha, Head of Technical Cell at CURE, who said, “BCC is key to the success of SBM U 2.0. It requires localization, community engagement, citizen participation and collaborative partnerships to bring about desired outcomes. It is also critical to bring all the stakeholders on board from the start of the BCC design process. This will enable co-creation and co-ownership of the approach and ensure sustainability of the behaviour change.”

The second episode of SwachhTalks was successful in conveying how behaviour change can put India on the path of sustainable urbanization, with active involvement from all citizens, implementers, and state officials. The virtual event was attended by Mission Directors from States and Union Territories, Senior officials as well as sector partners.