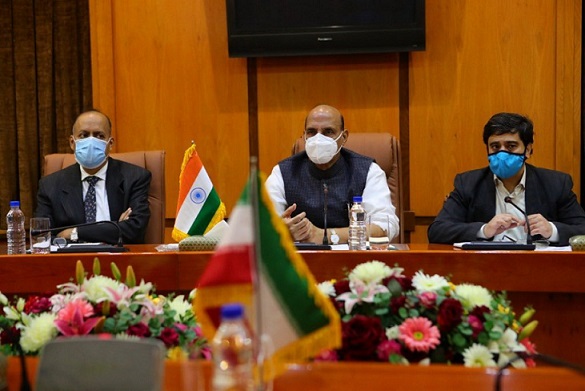 Rajnath meeting with Iran’s Minister of Defence: Talks centred on Issues of regional security including Afghanistan and bilateral cooperation

Raksha Mantri was on a transit halt in Tehran enroute from Moscow to New Delhi.

The meeting between the two Ministers took place in a cordial and warm atmosphere. Both the leaders emphasized upon the age-old cultural, linguistic and civilizational ties between India and Iran. They discussed ways to take forward bilateral cooperation and exchanged views on regional security issues, including peace and stability in Afghanistan.