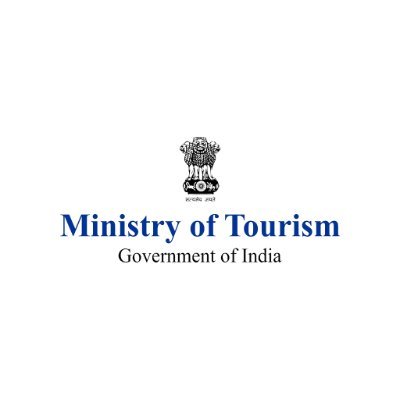 Delhi, Mar 11
The North Eastern Region (NER) is endowed with diverse tourist attractions and each State has its own distinct features. The Ministry of Tourism places special emphasis on the development and promotion of tourism for North Eastern States. For overall development of the particular site / destination, the Ministry of Tourism under its different schemes such as Swadesh Darshan, PRASHAD etc. provides financial assistance to North Eastern States which includes assistance for development of tourist infrastructure, promotion of fairs / festivals, tourism related events in the region, publicity campaigns etc.

Ministry of Tourism has launched campaigns to promote tourism to the North Eastern Region on various platforms in Digital, Print and Social Media. For promoting North Eastern Region more aggressively, Ministry of Tourism has formed a Committee of stakeholders active in NER with focus on promotion of North East, identifying new destinations, developing itineraries around them, identifying the places where events can be organised to create awareness, organise workshops/ seminars for the local stakeholders in terms of providing them necessary skills.

International Tourism Mart (ITM) is an annual event organised by the Ministry of Tourism in the North Eastern region with the objective of highlighting the tourism potential of the region in the domestic and international Market. Since the year 2013, so far, a total of 8 Editions of ITMs have been held in various states of the North Eastern Region. Since April 2020, under Dekho Apna Desh campaign, the Ministry of Tourism is conducting webinars on various tourism products including NER and some of the webinars were dedicated to North East Region. The upcoming webinar on 13th March 2021 would be on the topic cuisines of North East Region.

Ministry of Tourism’s one of the key initiatives is augmenting tourism infrastructure and connectivity of a destination which plays a vital role. Ministry of Civil Aviation, Government of India launched the Regional Connectivity Scheme (RCS)- UDE DESH KA AAM NAGRIK (UDAN), the primary objective of which is to facilitate/stimulate regional air connectivity by making it affordable and on the recommendation of Ministry of Tourism, 46 Tourism routes got included under RCS-UDAN 3.0 and 78 routes under RCS UDAN -4 which largely aim at

The Ministry carries out regular promotional campaigns and events to showcase the unique tourism products and sights of this beautiful region to the potential travellers under Dekho Apna Desh initiative. In this backdrop,Indiatourism, Guwahati (field office of Ministry of Tourism) has organised an event “1000 BAR DEKHO- NORTH EAST DEKHO” under the tag line of “DEHKO APNA DESH” and “FIT INDIA” from 7th -17th March 2021. As part of this activity Shri Sanjay Bahadur a solo cyclist will cover 1000 kms. by cycling all across the Assam. He will start the journey from Bir LachitGhat on Brahmaputra River Bank, Guwahati on 7th March and will ride through Nagaon, Dergaon, Sivasagar, Duliajan, Dibrugarh, North Lakhimpur, BiswanathChariali and Dhekiajuli before finishing the journey at Khanapara on 17th March, 2021. During the event the Ministry will be organising Cultural events and Instalive shows to promote the lesser known destinations of all 7 states of North-Eastern region and Sikkim.