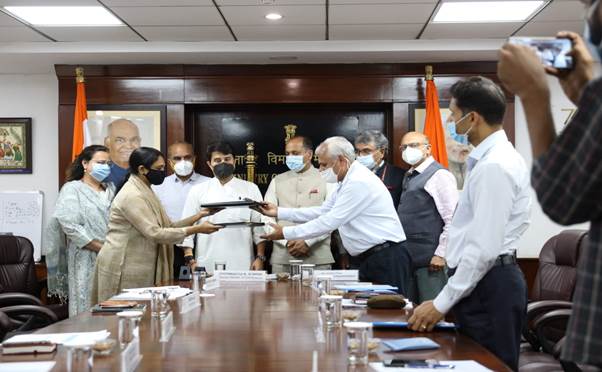 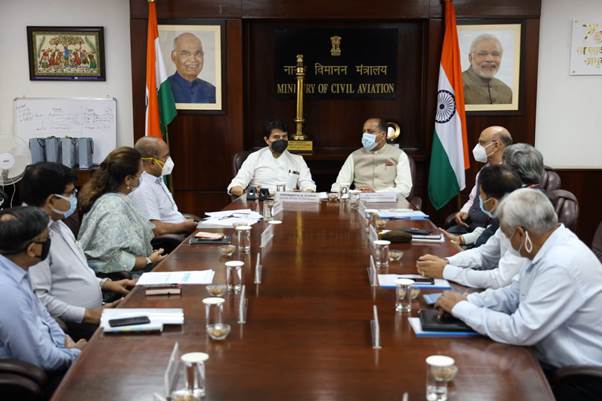 The new greenfield airport at Nagchala, Mandi is being developed under the Greenfield Airport Policy of MoCA and a Joint Venture Company between State Government of Himachal Pradesh and Airport Authority of India has been formed. The projected land requirement for airport is 515 acres approx. and the project is estimated to cost around Rs 900 crore excluding the cost of land.

Speaking on the occasion, Shri Jyotiraditya M. Scindia said, “We are committed to provide last mile connectivity to the people of Himachal Pradesh. With this aim in mind, we are developing new aviation infrastructure as well as upgrading existing facilities in Himachal Pradesh whether it is development of new green field airport in Mandi or acquisition of additional land for extension of runways at existing airports. With this, we are committed to develop civil aviation as a harbinger of economic development for the region.”

There are 3 airports i.e. Shimla, Kullu, & Kangra and 5 heliports i.e. Kangnidhar, Shimla, Rampur, Baddi, and SASE(Manali) in Himachal Pradesh that are developed or being developed which would give a massive boost to tourism industry of the state once completed.