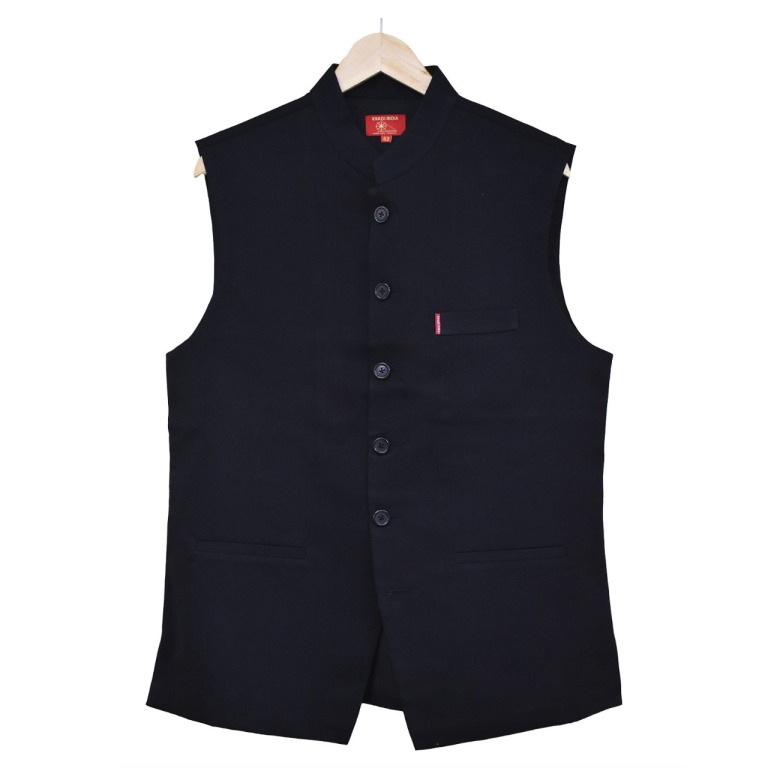 Delhi, Mar 21
Khadi, the heritage fabric of India, is all set to catch eyeballs during the Prime Minister Narendra Modi’s two-day visit to Bangladesh on March 26 & 27. Khadi and Village Industries Commission (KVIC) has supplied 100 custom-designed “Mujib Jackets” that will be the attire of dignitaries during the visit of the Prime Minister.

The specially designed Mujib Jackets have been made of high quality handcrafted Poly Khadi fabric. The black Mujib Jackets have been designed with 6 buttons, two pockets on the lower half and a front pocket on the left, as worn by Rahman. In keeping with the eco-friendly nature of the Khadi fabric, the covers for these jackets too have been made of black Khadi cotton fabric with Khadi India’s logo embroidered over it. These jackets will be carried in specially designed plastic-mixed handmade paper carry bags made at KVIC’s Kumarappa National Handmade Paper Institute (KNHPI) in Jaipur.

KVIC Chairman Vinai Kumar Saxena said that “Mujib Jacket is historically significant in Bangladesh and it is a matter of great pride that Mujib jackets made of Khadi will be adorned during the Bangladesh visit of Prime Minister Narendra Modi, who is the biggest brand ambassador of Khadi”.

Saxena said that “Mujib jacket is an immensely popular outfit in Bangladesh. For the older generation Mujib Jacket is symbolic of the ideology of their great leader Sheikh Mujibur Rahman while it has increasingly become a fashion statement for the youths of Bangladesh. Likewise, Khadi, the heritage fabric of India, is a unique blend of tradition and fashion. Mujib jackets made of Khadi will add significantly to the historical and cultural values of the celebrations”. He added that this will also promote Khadi on the global and diplomatic platform in a big way.

The diplomatic consignment has already been dispatched to Dhaka. Since, the jackets were meant for diplomatic purposes, KVIC accorded top priority to it and delivered the consignment before time.