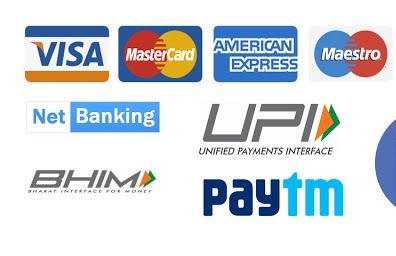 The slogan of Digital India, launched by the Government of India in the year 2015, has been realized in the report of the year 2020 of ACI Worldwide, USA. According to the report released globally, India has been ranked first among the top 10 countries of the world in online payments.
It is a matter of comfort that according to the report, India has left behind 10 other major countries of the world in online payments in America, China, Japan. If economists are to be believed, the major reason for India getting this big success on the world stage is that after the year 2015, for six consecutive years, the public sector banks launched their digital products in the market by making them convenient for the customers and with the new generation. This has inspired the capitalists and businessmen to the ground.
Recently, ACI Worldwide of America released the data of real time payments made in all the countries in the year 2020. In which India stood first in comparison to other countries of the world with 2547 crore real time payments. The second place in the report has been of China with 1574 crore payments.
Online transaction graph may reach 50% by 2025
According to the report, currently only 20% of the people in India have started adopting digital channels. Economists claim that if the situation is right, then by the year 2025, the share of people of India in digital transactions will increase from 15.6 percent of online transactions in the world to 50 percent.
What is Real Time Payment :- One click transaction
Real time payment means one click online transaction. The basis of online transaction is mainly through net banking and mobile banking. Its main methods are IMPS, RTGS, UPI based like Phone Pay, Paytm, BHIM Pay, Aadhar Pay.
report basis
Country, Number of Transactions (in Crores)
1.India:2547
2.China:1574
3.South Korea:601
4.Thailand:524
5. UK:282
6.Nigeria:191
7.Japan:167
8.Brazil:133
9.America:121
10.Mexico:94
Online transactions increase in India due to these major six reasons:

1. All banking facilities are being provided by public sector banks to their customers through internet banking and official apps.
2. Small payments have started going online with the use of smart phones.
3. With the increase in the use of smartphones in the country, online payment facilities like BHIM Pay, UPI, Aadhaar Pay and other third party apps like Fenpay and Paytm have increased.
4. Due to the fact that online transactions in business are considered more convenient than offline, it is 2 years to implement the facility of NEFT and RTGS in banks every 24 hours.
5.Scheme of cashback issued by the government to promote online payments.
6. Increasing online sales of items like groceries and groceries in view of the ease of transaction process.

Efforts by the Government of India and public sector banks to promote digital transactions in the last years are visible in the report of ACI Worldwide. In the recently released report of the year 2020, India has ranked first in the world’s top 10 countries for online transactions.
The major reason for this is that today most of the banking related work has been based on digital transactions. It not only saves time but is also safe. Therefore, all the customers should adopt the digital platform of the bank.

(The writer is a abnking specialist. Views expressed are his personal)