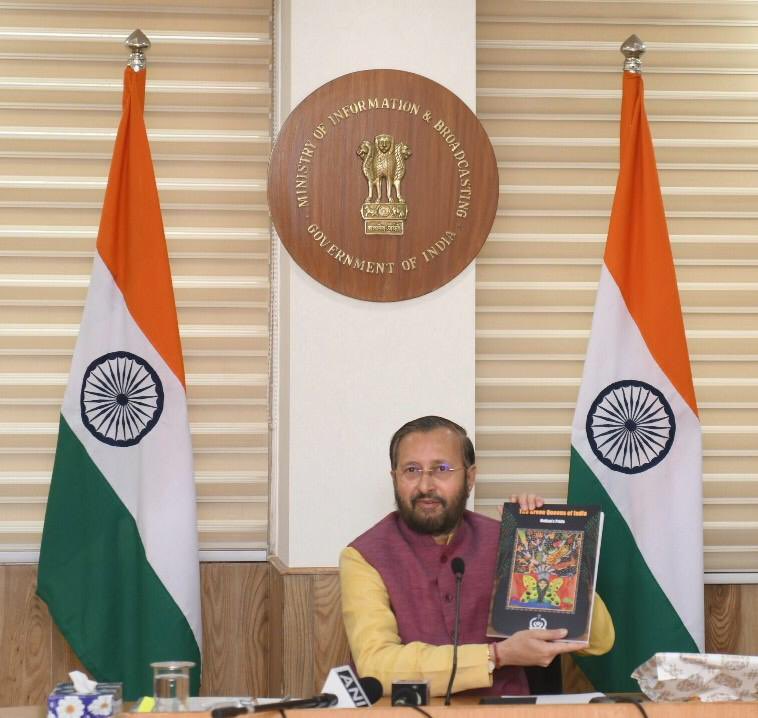 In addition to skills, women officers and personnel bring in compassion, sincerity and dedication to the service: Prakash Javadekar

Delhi, Mar 9
Addressing the first ever conference of around 250 plus Women Indian Forest Service officers and nearly 5000 women frontline personnel on Mar 8, Union Environment Minister Prakash Javadekar expressed happiness over the consistent increase in number of women forest officers and frontline staff and stated that the women officers along with the women personnel down the ranks have been a formidable force to reckon with as they bring in their natural traits of effective communication, sincerity and dedication to the service in addition to the merit and requisite skills.

Javadekar also released an e-book titled: “The Green Queens of India – A nation’s pride” at the virtual event which is a compilation of case studies, best practices and life experiences as shared by the woman officers themselves in what may truly be termed as a creative common collective.

Javadekar expressed hope that the e-book will help incentivize and further motivate the young brigade and also motivate scores of young women across the country who aspire to live and work with nature as a forest officer.

Women IFS officers have been making significant contribution in all sectors of forestry. This book is a fitting tribute to this small but strong cadre of Indian Forest Service women officers and the multifarious skills that they bring to the service has now been highlighted through this compilation of case studies.

From the time when the Imperial Forest Service was created way back in 1865, the Indian forest service has witnessed a sea change in its functioning and structure. One major milestone in this being the first induction of 3 women officers in the year 1980. Since then, there has been no turning back and the cadre strength of women IFS officers has grown from a mere handful to over 250 serving officers today.