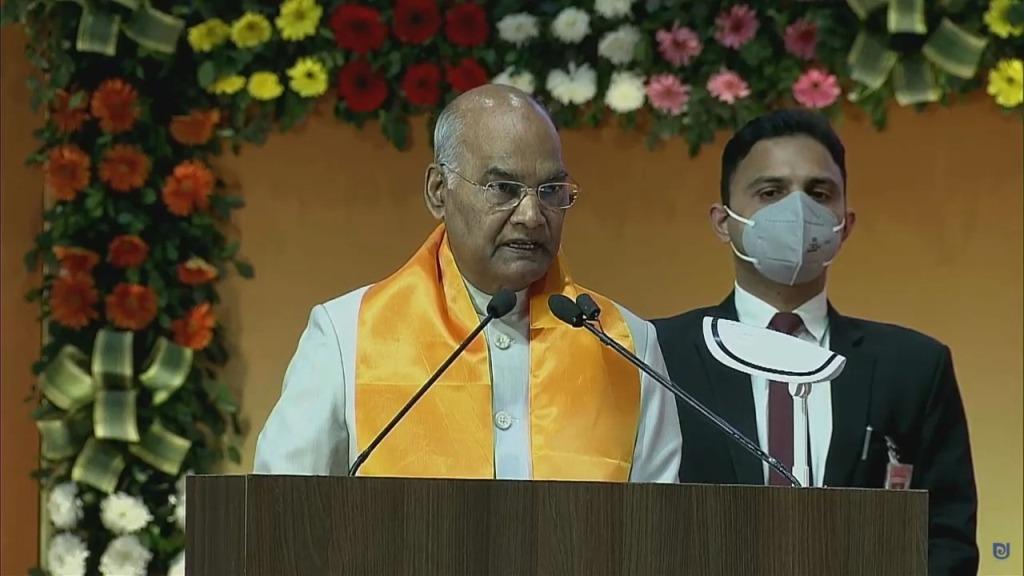 Delhi, Feb 24
Educational institutions should try to make students capable citizens of the modern world community, said the President of India, Shri Ram Nath Kovind. He was addressing the 3rd Convocation of the Central University of Gujarat at Gandhinagar today (February 23, 2021).

Addressing the students, the President said that building a strong and self-reliant India is at the heart of our global thinking. Local resources, experiences and knowledge should be used for self-reliance. Students can make their education useful in the true sense by empowering local development through research and innovation with utilization of local resources. He said that we should always remember that our education should benefit the development of our society and country apart from personal benefit. By making efforts for the upliftment of the people who were relatively left behind in the development journey, they would be able to contribute towards building a better society, he added.

The President happily noted that about 55 percent of the students getting education in the Central University of Gujarat, are girls and in today’s Convocation ceremony out of 21 medals 13 were won by girl students. He said that this is a great achievement of this university. It shows a glimpse of change in our society and a picture of a new India.

The President noted that students from about 30 states are getting education in the Central University of Gujarat. He also noted that 85 percent students are from other states and union territories. He said that in this way the University campus is like a mini-India and is strengthening our national unity. He urged to the students from other states studying in the University to imbibe the culture of self-reliance, entrepreneurship and self-employment from the people of Gujarat.