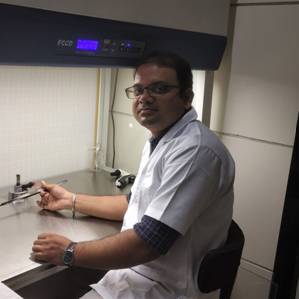 Delhi, Nov 30
An improved understanding of Fusarium, a root pathogen infection in banana plant may soon help develop strategies to prevent the disease that causes wilting of the fruit crop that is grown in at least 5 major states of India.

India is the leading producer of banana in the world and the present cultivation is vulnerable to this fungal disease which dwells in soil as a saprophyte and shifts to the parasitic mode in presence of host roots. Scientists are trying to understand the disease paradigm for developing innovative management strategies.

Dr. Siddhesh Ghag from University of Mumbai-Department of Atomic Energy(UM-DAE) Centre for Excellence in Basic Sciences (CEBS), Mumbai a recipient of the INSPIRE Faculty fellowship, of the Department of Science & Technology, Government of India, is using genetic approaches to decipher the molecular cross-talk between banana and Fusarium during infection.

Dr Ghag’s team is focusing on studying the transcriptional factors that regulate the expression of virulence genes in Fusarium oxysporumcubense(Foc), the fungal plant pathogen, that causes Panama disease of banana. His research work could lead to improved disease-resistant in plants.

According to the research work conducted by Dr.Ghag and his team, a molecular combat exists between the two partners at the site of infection where repertoire of virulent factors from Foc and defense molecules from banana are secreted. In the process of recognition of banana roots, Foc activates a series of virulence genes.All these virulence genes are under the control of a few master regulators which are up-regulated during colonization. FocSge1 is one such master regulator that acts as a co-activator and triggers the expression of effector genes required for pathogenicity. The FocSge1 deletion strain of Fusarium created in Dr.Ghag’s lab showed characteristics that together contributed to the loss of pathogenicity (property of causing disease). These results were recently published in the BMC Microbiology journal.

Exploring the regulatory network that is triggered during infection, Dr.Ghagis working towards studying the role of a protein complex that drives the expression of the effector genes required for pathogenicity. Understanding this complex regulatory network can help in improved knowledge on the basic biology of fungal infection in plants, evolution of virulent strains, lifestyle switching in Fusarium from saprophytic to parasitic mode and also investigation of banana defense responses in terms of resistance genes.

Additionally, Dr.Ghag’s team earlier isolated and characterized a regulatory DNA sequence intervening two genes arranged on opposite strands technically called bidirectional promoters from Fusarium that regulated the expression of two important virulent genes. This promoter can initiate transcription in both orientations when induced by a particular carbon source (published in Scientific Reports) and thus will find application in genetic engineering, metabolic engineering and synthetic biology using fungal systems.
Such studies can culminate into better understanding of the Fusarium wilt disease of banana and aid in devising effective management strategies.