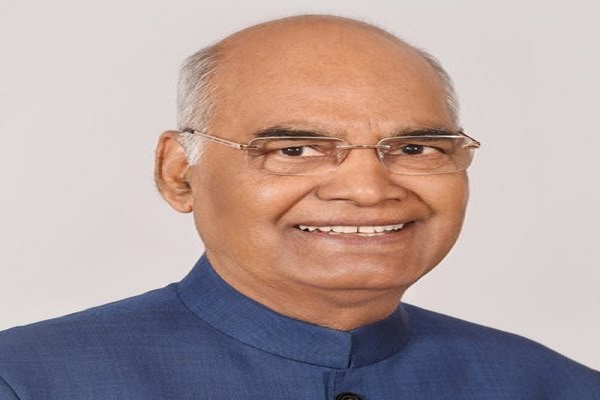 Delhi, Dec 22
Public hospitals such as King George’s Medical University have played a leading role in the fight against Covid-19. Due to their efforts, millions of countrymen are able to face the challenges of Covid-19 despite conditions like dense population and limited income, said the President of India Ram Nath Kovind.

He was addressing the 16th Convocation of the King George’s Medical University, Lucknow on December 21, 2020 through a video message. The President specially thanked the doctors, nurses and other health workers of public health institutions like KGMU who have been frontline warriors in facing Corona. He said that all praises fall short for these Corona-warriors. Many Corona-warriors have lost their lives in this war. Our country would always be indebted to these sacrifices.

The President said that world-wide efforts are going on to harness the coordination of communication technology and individual talent of physicians in 21st-century health services. Healthcare sector is revolutionizing by the proper coordination of bio-sciences with big data, artificial intelligence, robotics, information technology and connectivity. The KGMU, with 58 specialties, has immense potential for inter-disciplinary and multi-disciplinary research based on primary data. He said that leading institutes like KGMU should also continue high-level program on original research.

The President said that the alumni of KGMU have been making significant contribution for the last several decades, adorning the highest posts of top medical institutions in the country and abroad. He noted that the Georgian Alumni Association of about 12,500 members is active internationally. He suggested the Association to establish a knowledge portal where all Georgians working in India and abroad could share their knowledge and experiences related to medical practice, research work, complex case treatment or healthcare.

The President said that people from many countries come to India for treatment of critical illness because they get world-class treatments at low cost. He expressed confidence that all the doctors of the new and old generations together can bring revolutionary changes in the field of healthcare and medicine in the country. He said that the talent and spirit of service of our doctors and nurses is well known all over the world. He wished that the healthcare sector of our country to be such that ‘Cure in India’ becomes a phrase in the whole world.