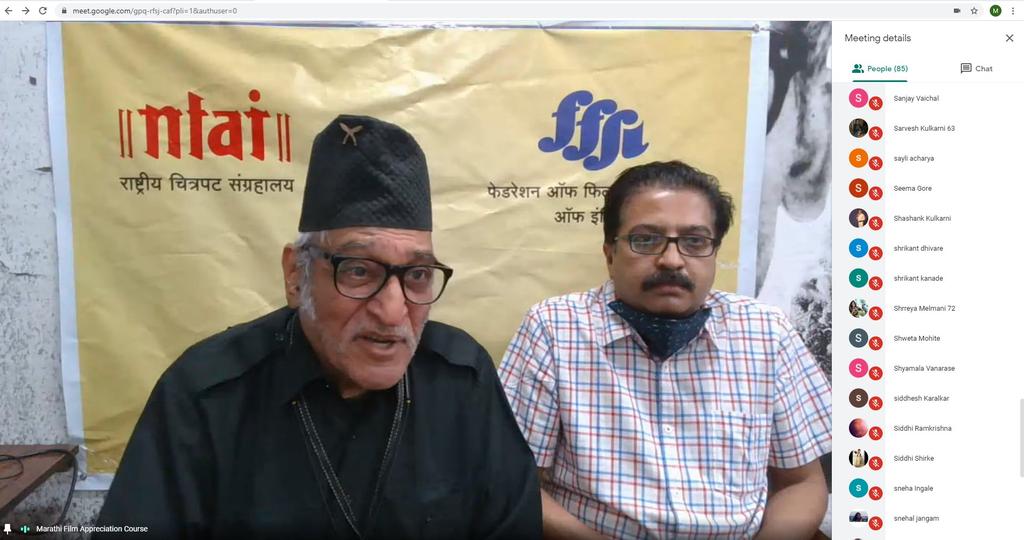 Online Film Appreciation Course: Course to be held online from November 1 to November 7

National Film Archive of India, Pune, Ministry of Information & Broadcasting is organising 15th edition of Film Appreciation Course in Marathi along with Federation of Film Society of India (FFSI).

The course is to be held online for the first time from November 1 to November 7, owing to the current situation of COVID Pandemic. Renowned film and theatre artist Dr Mohan Agashe inaugurated the Online Film Appreciation Course in Marathi “Chitrapat Rasaswad Shibir” at NFAI.

“Cinema is an effective medium for communication between time and space. It is important to be literate in this language as audio-visual language does not change even though the technology is evolving,” Dr. Mohan Agashe said during the inauguration.

Speaking on the occasion, Dr Mohan Agashe said that, “Man understands visual language before he understands the language of words. A child learns to mimic through visual perception. In school life, there is more emphasis on reading and writing whereas audio-visual understanding lags behind. Sometimes it takes lot of pages to describe an event, whereas the same thing can be shown in 20 seconds through a film and it can effectively reach many. Although technology has changed rapidly over the last 20 years, the language of film has not changed, so we need to be literate in this medium.”

Director NFAI, Prakash Magdum, said, “Film literacy is important to create an intelligent audience. The audience needs to appreciate what the director is trying to convey on screen. The National Film Archive of India has been working on increasing film literacy for many years and this workshop is a part of it. ”

The online course has received a good response with 80 participants from various parts of Maharashtra as well as from the US and Singapore, belonging to different fields such as students, professors and engineers.