In a major acquisition of the golden era of Hindi Cinema, National Film Archive of India (NFAI) has added 31 feature films to its collection. The highlight of these films is a collection of 6 films starring veteran comedy actor Master Bhagwan. Starting from 1948 film Lalach and 1949 film Bachke Rehana in which Master Bhagwan acted and directed both these films, the list includes Sinbad the Sailor (1952) , Wazir-E-Azam (1961) , Raat ke Andhere Mein (1969) and Gunda (1969). 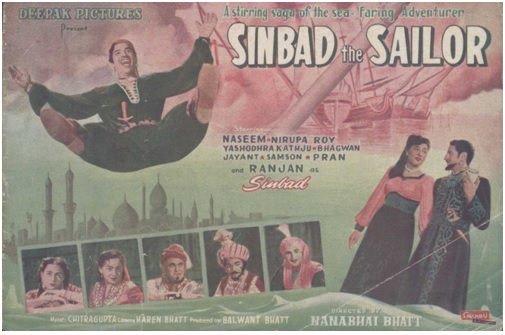 “It seems to be a real find because at least eight films from this acquisition are very rare and new to NFAI collection. Two of these black and white films, Lalach (1948) and Bachke Rehana (1949), were directed by Master Bhawan and had a similar star cast including Baburao Pehelwan, Master Bhagwan and Leela Gupte. Both these films had music by C Ramchandra”, said Prakash Magdum, Director NFAI. All these films are black and white films in 16 mm format. “It is indeed a treasure of collection due to the fact that celluloid films from 1940’s and 1950’s have now been found and acquired. The primary inspection of these 8 films suggest they are in good condition”, said Shri Magdum. An interesting film in the collection is Miss Punjab Mail (1958) directed by Nanubhai Vakil starring Nishi and Daljeet. Incidentally, the script of the film was written by Kaifi Azmi, one of his early scripts. A fantasy film based on the tales of Arabian Nights, Sinbad the Sailor (1952) was directed by Nanabhai Bhatt and featured popular South Indian star Ranjan in the titular role accompanied by Naseem, Nirupa Roy, Master Bhagwan, Jayant and Pran. The film, a Homi Wadia and Nanabhai Bhatt production, had brilliant special effects by Babubhai Mistry. 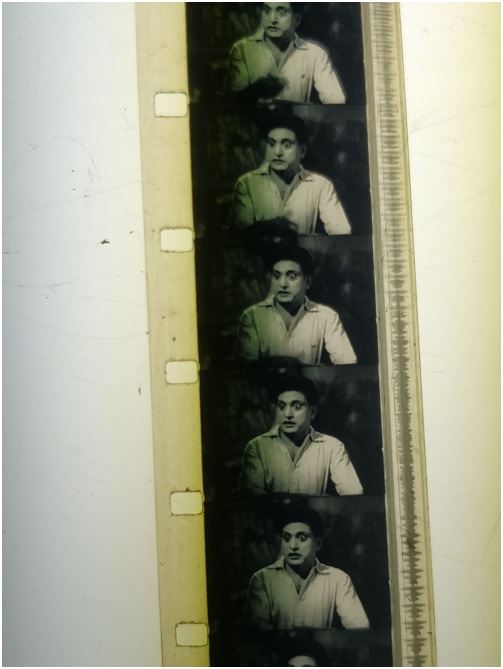 Tarzan Aur Hercules (1966) is yet another rare film in the collection which was directed by veteran comedy actor Mehmood. The film had a star cast of Habib, Hercules and Shakila Bano Bhopali among others. Professor And Jadugar directed by Sultan is a fantasy drama made in 1967 starring Indira (Billi) and Indrajeet along with Dalpat, Jilani, Minoo Mumtaz, Shammi. Babubhai Mistry directed Daku Mansingh (1966) starring Shaikh Mukhtar, Dara Singh, Hercules and Shakila Bano Bhopali is another black and white film from the collection. It is a story of how a kind and honest man is turned into a dacoit due to circumstances.

Veteran singer Manna Dey had composed music for few films in his carreer and Naag Champa (1958) was one of his early such films. Starring Nirupa Roy, Manhar Desai and Lalita Pawar, this mythological black and white film was produced and directed by Vinod Desai.