Family should become the wind beneath a woman’s wings: Raveena Tandon

In a crime thriller, direction is like a game of chess where both players are your own creations: ‘Aranyak’ Director Vinay Waikul

For the first time ever, a web series by Netflix is being premiered at a film festival in India: Siddharth Roy Kapur

A first for IFFI, as well as a first for Netflix, thanks to a creative collaboration between the OTT platform and Asia’s oldest and largest film festival. Aranyak, the new Netflix crime drama TV series starring renowned Bollywood actor Raveena Tandon, has been premiered at the festival on Friday. Weaved around a mysterious murder case involving the complex interplay of political maneuvers, personal agendas and a beastly myth, everyone in the story is a suspect and everyone has a secret. Film delegates at IFFI got the opportunity to vicariously embark on the journey of solving the case, with the screening of the first episode of the series, at the festival today. As if to make the narrative dive into the lives of the characters even more exciting, cine lovers were treated to a unique chance to hear from some of the key players who made the series a reality. Lead actor Raveena Tandon, who plays the cop investigating the murder case along with a fellow male police officer; the web series Director Vinay Waikul; Siddharth Roy Kapur, film producer and Managing Director, Roy Kapur Films; Rohan Sippy, filmmaker and Director, Ramesh Sippy Entertainment; and Monika Shergill, Content Chief of Netflix India shared their experiences and insights at an IFFI 52 In-Conversation Session on “The Making of Aranyak”. The series has been produced by Roy Kapur Films and Ramesh Sippy Entertainment. IFFI delegates listened in rapt attention as celebrated actor Raveena Tandon explained to them what inspired her to play the role of Kasturi Dogra, a sincere cop as well as doting mother and wife. “Kasturi is fierce, independent and a brilliant cop who tries to balance her personal life and work. Through this character, I want to give the message to our viewers that we see women in different fronts, be it women in uniform or women in corporate sector, trying to balance their work and family lives. I know women in our society can rise even higher if her family becomes the wind beneath her wings.” 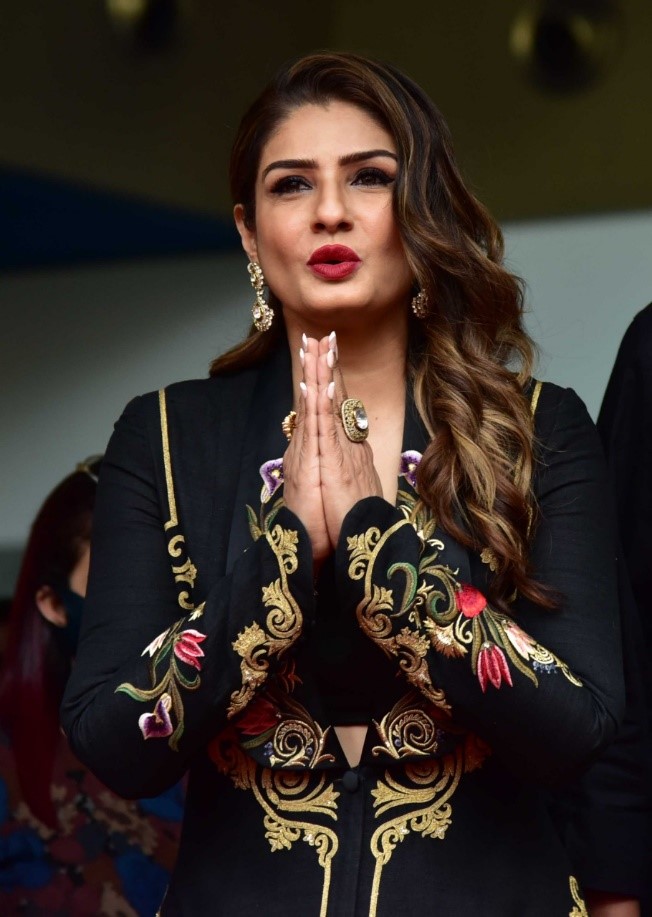 She added that thanks to OTT platforms and other creative media, female-centric films are being given prominence now. “Be it Highway or Padmavat, women are leading in films now.”

Director Vinay Waikul threw light on some of the specific considerations involved in directing a crime thriller, where the audience is taken along a web of suspense and excitement, and the director has to strike the delicate balance between revealing just the right bit of information. “Crime thriller is a tricky genre, but it’s my favorite one. In a crime thriller, direction is like a game of chess where both the players are your own creations. On the one hand, you have to give the audience enough content to hold their attention and excite them for the next episode; on the other hand, you don’t want them to get ahead of you and start guessing the conclusion.” The director expressed his gratitude to the producers and Netflix India, for the opportunity to bring alive the story on screen. Siddharth Roy Kapur, MD of Roy Kapur Films, one of the producers of the film, informed IFFI delegates that for the first time, a web series by Netflix is being premiered at a film festival in India. Delegates were curious to know what they can expect from the series. Kapur was not afraid to raise expectations. “The story was so compelling and unique that I decided to back this web series. The treatment has been done in a very organic and authentic way. The audience will be treated to a visual delight.”

Rohan Sippy, Director of Ramesh Sippy Entertainment, the other producer of the film, pointed out that the name carries the mysterious aura the makers wanted to convey. “Aranyak means wild, it inspires curiosity. I am happy to have a wonderful collaboration of the whole team with this project.” 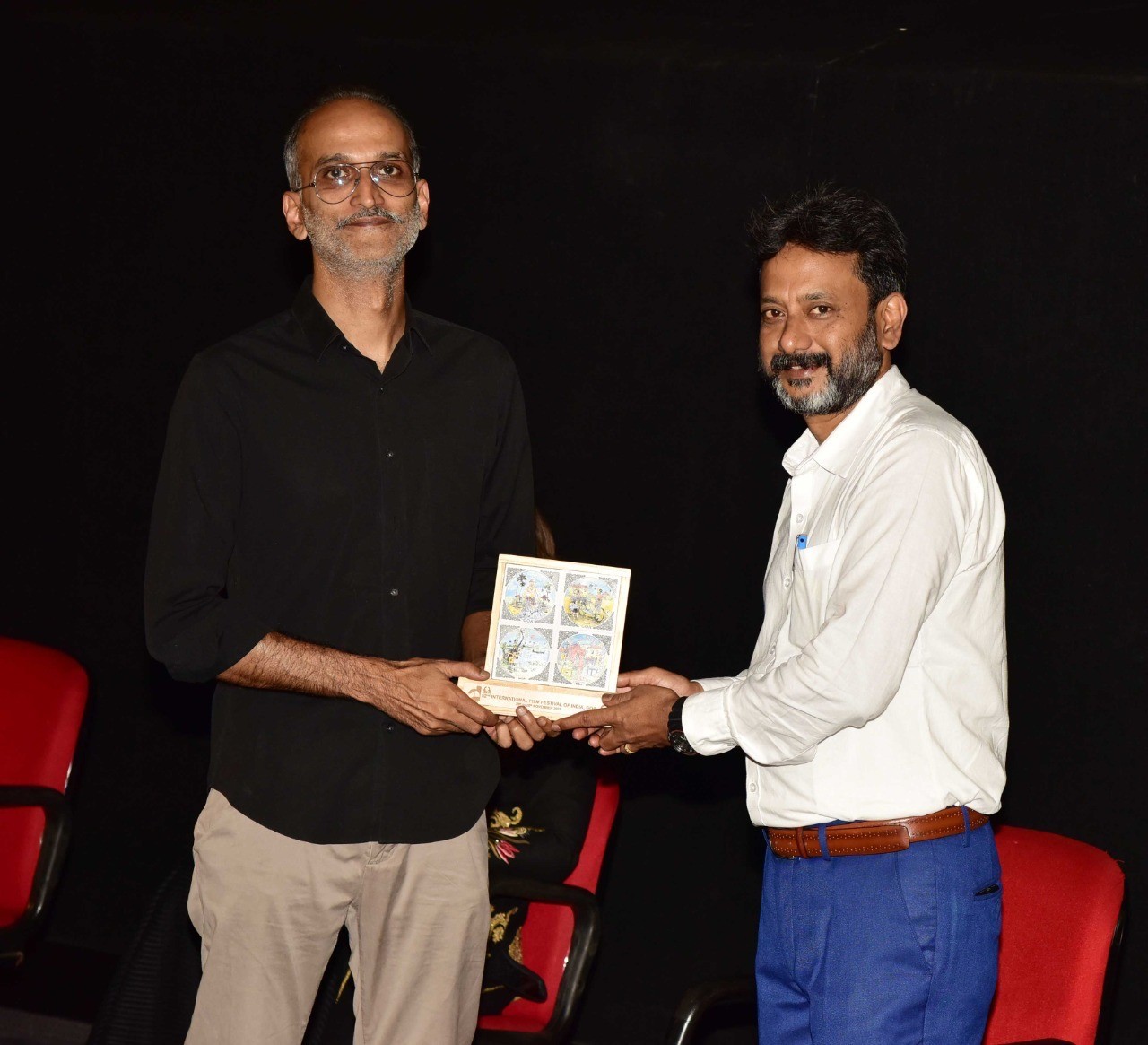 Monika Shergill, Content Chief at Netflix India, said that Aranyak is an authentic crime-noir, styled specifically for the OTT platform. “Crime thriller is one of the most watched genres on Netflix. But crime noir has not been created in a series format in India till now. So, Aranyak is an authentic crime-noir, Netflix-style. The series is about unpretentious, rooted characters in a small Himalayan town; one can relate to their struggles. It is primarily the authenticity of the story and strength of the characters which attracted us.”

Shergill expressed the platform’s commitment to women’s leadership in films. “The representation of women in films has expanded over the years, but not fast enough. Netflix has a deep commitment to women-driven projects. 50 percent of Netflix executives are women, we want to break the gender stereotype.”

Aranyak will begin streaming on Netflix from 10th December, 2021. 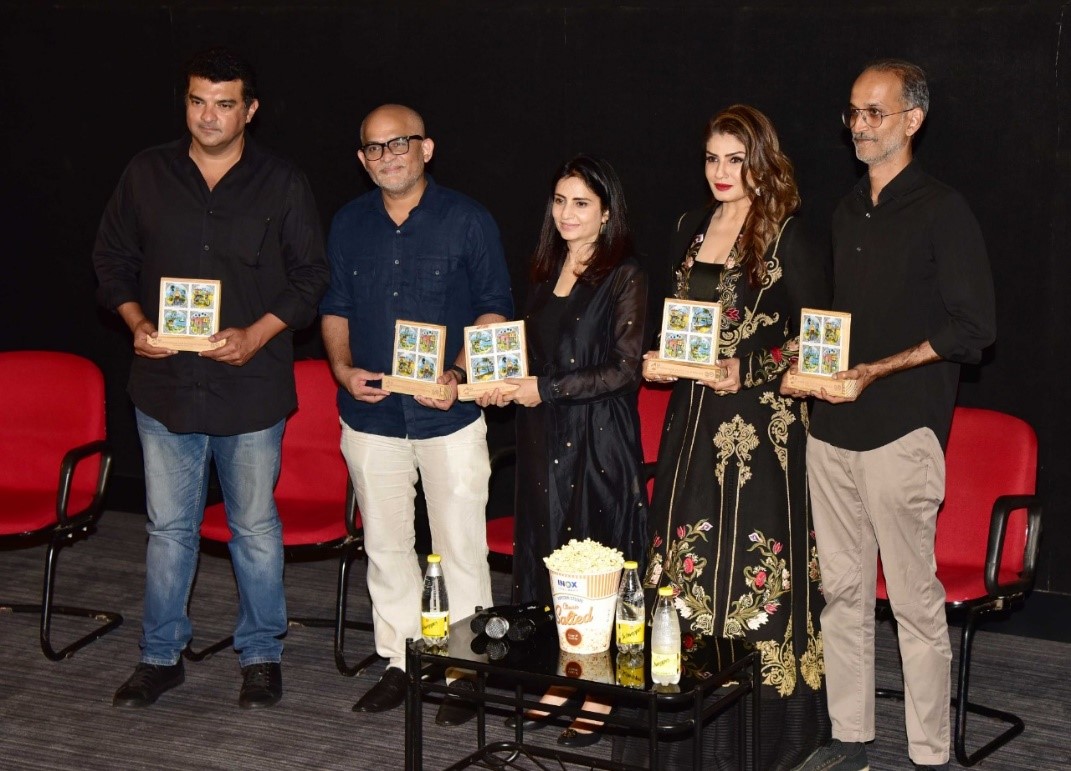 IFFI has kept up its progressive evolution and adaptation with the changing contours of technology, society, culture and the age-old and new-age opportunities and challenges which beset humanity in the 21st century digital and connected age. For the first time in the history of, all major OTT platforms such as Netflix, Amazon, Sony and others, are participating in the film festival through exclusive Masterclasses, content launches and previews, curated film package screenings, and various other on-ground and virtual events.

The participation of OTT platforms will become a regular feature in future, as announced by the Union I&B Secretary at the opening ceremony of the festival, on November 20, 2021. The festival concludes on November 28, 2021.