“Dollu” asks us to not forget our roots in our quest for a better life: Debut Director Sagar Puranik

“Traditional art forms need to stay. In the quest for a better life, we are forgetting our traditions and roots. Through Dollu, we wanted to covey how urbanisation has been affecting indigenous folk art forms”. Actor-turned director Sagar Puranik was speaking about his debut film as director, which is competing in the Debut Competition category of the 52nd International Film Festival of India, being held in Goa during November 20 – 28, 2021. The debut director was addressing a Meet the Directors press conference today, November 23, 2021, on the side-lines of the festival. 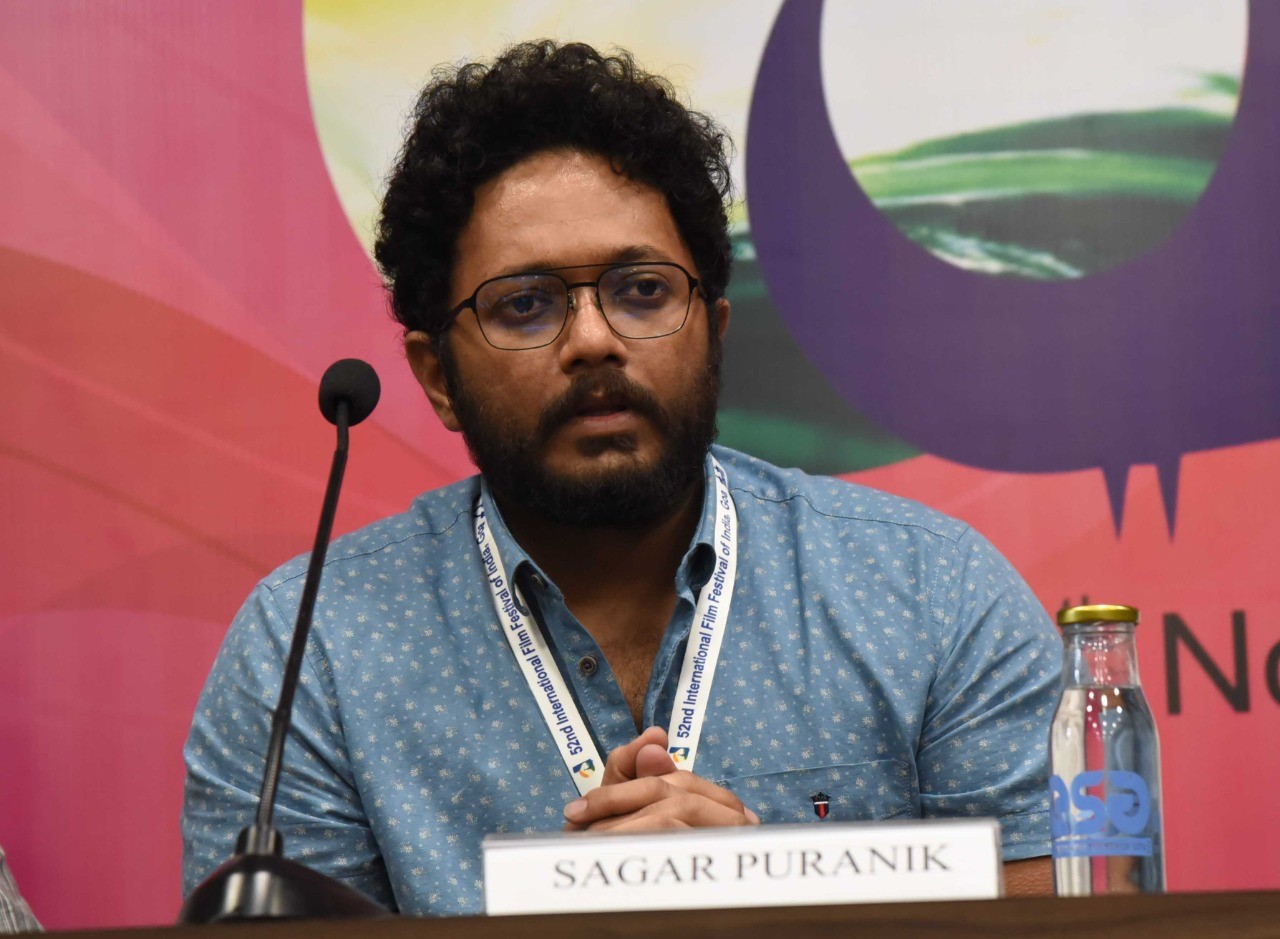 Produced by noted Kannda director Pavan Wadeyar and wife Apeksha, the film touches upon Dollu Kunitha, a folk-dance form of Karnataka, slowly vanishing due to growing urbanisation. Protagonist Bhadra leads a team of Dollu drummer-dancers. As money takes precedence over passion, the team leaves their village and lands in an unforgiving metropolitan city, Bengaluru. 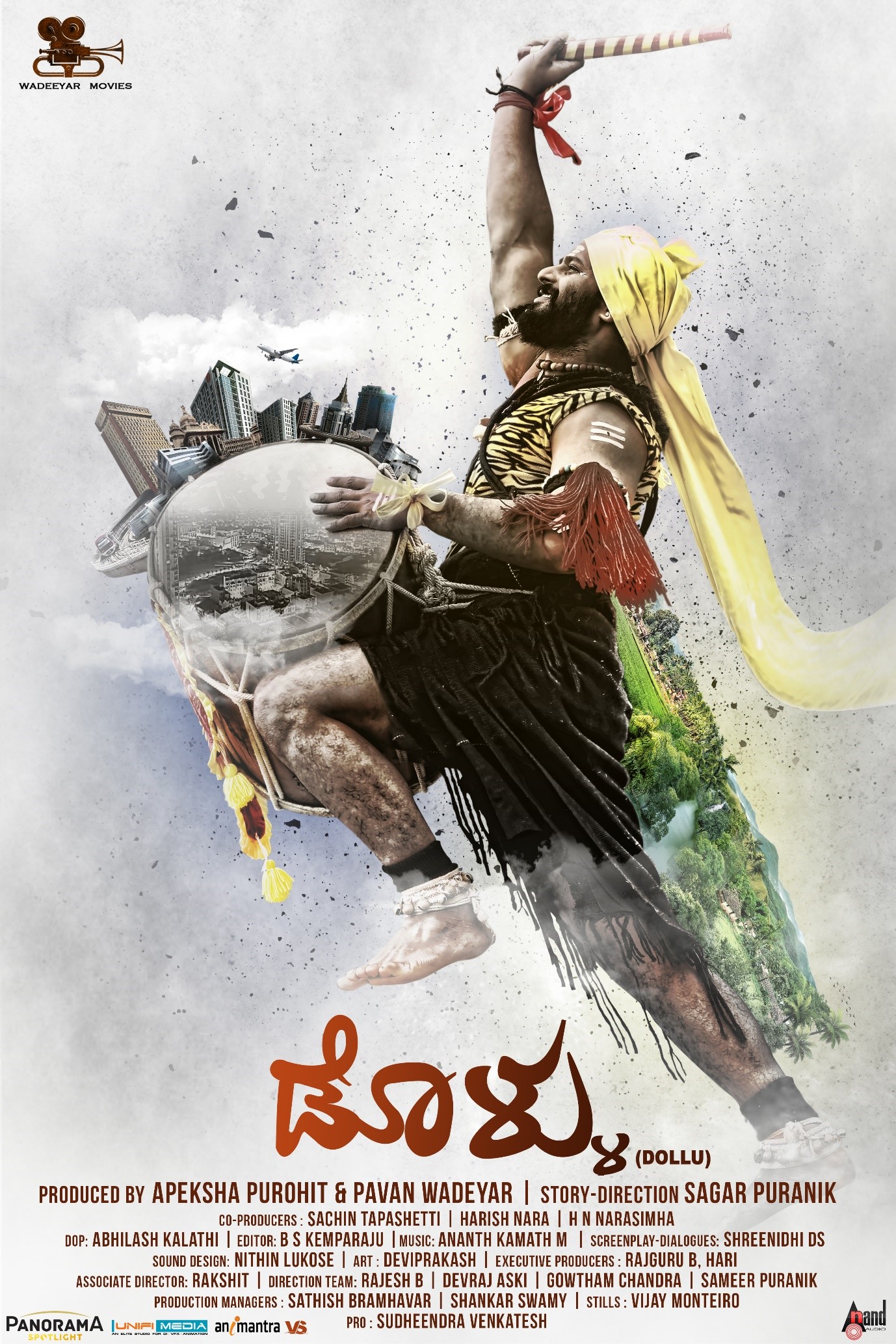 It is then that Bhadra realises that their village temple’s annual rituals would remain incomplete without the team’s performance. To keep the centuries-old tradition alive, he decides to reunite the team. The hardships he faces in his mission form the crux of the film.

Asserting that urbanisation is a global issue, Sagar Puranik said that over the years, there has been a steady stream of migration from Karnataka’s rural areas to big cities as people seek improved standards of living.

He asserted however that this is not a bad thing. “But while doing so, we should make sure that we do not forget our roots.”

He held out faith that no art can vanish just like that, in a jiffy. “There are thousands of people who are striving hard to keep them alive. Maybe the popularity is going down because the youth are not paying attention to it.”

“Through the film, we wanted to give the message that art has no rules and it is not defined by the constructs of the society.”

Talking about the challenges faced by him as a debut director, Puranik said he did not resort to any kind of experimentation in the film. “I opted old-school style, pure and organic. In terms of technicalities however, I did challenge myself. I used wide lenses even for close-up shots including for the village scenes.”

Adding that the movie has been shot from the perspective of the protagonist, he said “I have shown only what my protagonist sees and hears.”

Narrating how it was another challenge to ready the cast to be compatible with the film, Puranik said: “It was a real challenge. We trained professional drum-dancers to act and professional actors to dance.” It was excruciating for them, but the results are for there for everyone to see, he says.

Paying tribute to Late Kannada Superstar Puneeth Rajkumar, Puranik said that Puneeth Rajkumar was a veritable pillar of the Kannada film industry. “He was very close to our team and it is an unbearable loss.” IFFI 52 is paying homage to the much-loved actor who met with an untimely demise, through a screening of his select films.

Dollu had its first public screening in the USA at the Caleidoscope Indian Film Festival Boston and has just been awarded the Dadasaheb Phalke award 2021 (MSK Trust) for Best Kannada Film at the Innovative International Film Festival.

Sagar Puranik is a National Award winning actor who predominantly works in the Kannada film and Television industry. Sagar made his film debut with Ring Road Suma, notable for having been made by an all-women crew, the first Kannada film to hold this distinction.