Film makers from North East concerned about passion for films rather than profit: James Khangembam

‘Investing Life’ is a film about survival: Vaishali Vasant Kendale

Though a niche area, animation films are a fantastic and powerful medium to get community voices out to the larger audience, said Debjani Mukherjee, curator of Yangon Film School package at MIFF 2022. She was talking at #MIFF dialogue held in connection with the 17th edition of Mumbai International Film Festival. James Khangembam, director of the opening documentary film  ‘Meiram-The Fireline’, and Vaishali Vasant Kendale, director of  Hindi documentary ‘Investing Life’  also joined  the discussion.

Debjani Mukherjee an award-winning independent animation filmmaker and author also elaborated on the process she adopted in mentoring student films under the themes ‘gender based violence’ and ‘stories of friendship’.  “We picked up students from the community who belongs to various social, political, economic and religious backgrounds. They have absolutely no prior experience or training in arts or film making. We worked two to three months together to make animated documentaries. Students recorded the audio narratives of the contributors from community and they are converted into animation films”, she added. Debjani also expressed confidence that platforms like MIFF will help in better marketing and distribution of animation films.

James Khangembam, director of the opening documentary film  ‘Meiram-The Fireline’ said that filmmakers from North East are concerned more about the passion for films than profit. “Since it is a documentary on environment I have to wait for a long time to record it. Around 10 lakhs is spend for the production of the film but I haven’t get monetary returns from it. I am getting a lot of kindness and appreciation, but no money”, he explained. 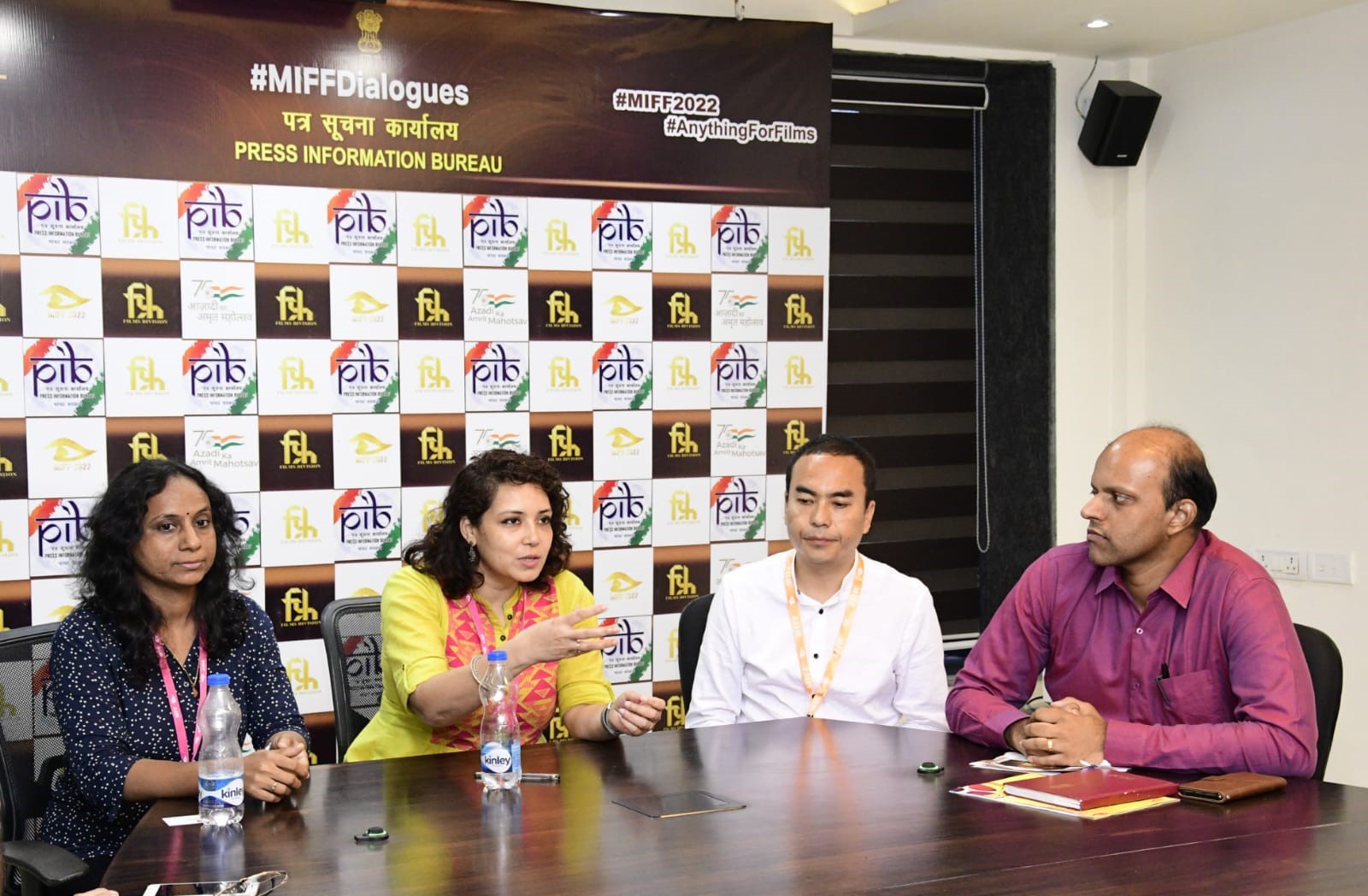 Recalling the message conveyed by the protagonist of his film Moirangthem Loiya, James Khangembam said that expectation of human from nature never ends and this has to stop.  He further detailed the events that lead to his transformation from a journalist to a filmmaker.

Vaishali Vasant Kendale, director of  Hindi documentary ‘Investing Life’ said that her film is about survival of all species including human. “ Idea of the documentary is to talk about the actions to be carried out after unpredictable adverse situations rather than enquiring about the causes”, she added. The film follows the lives of three ordinary individuals from different localities in Maharashtra who work single-handedly and on a daily basis for the survival and welfare of fellow human being, animals and the environment. The protagonists of ‘Investing Life’ Majid and Raghavendra Nande were also present on the occasion.