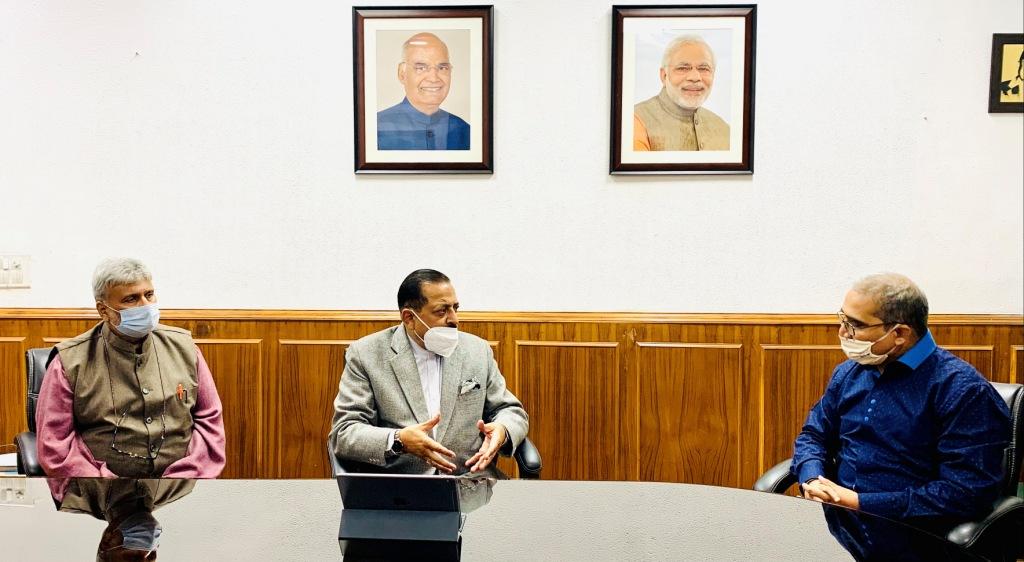 Delhi, Jan 29
The A P J Abdul Kalam Study Centre at IIM Shillong, which is supported by the Ministry of Development of North Eastern Region (DoNER), will help implementing new National Education Policy (NEP), particularly in the context of Northeast and may also undertake a Study to understand how best this can be done.

This was disclosed here today by Union Minister of State (Independent Charge) Development of North Eastern Region (DoNER), MoS PMO, Personnel, Public Grievances, Pensions, Atomic Energy and Space, Dr. Jitendra Singh, after an exhaustive meeting with the management of IIM Shillong represented by its Chairman Shishir Bajoria, Member Board of Governors Atul Chandrakant Kulkari and others.

Hailing the National Education Policy, brought by the Union Ministry of Education with the intervention of Prime Minister Narendra Modi, as the biggest path-breaking reform in India since independence, Dr. Jitendra Singh said, the new policy is not only progressive and visionary but is also in keeping with the emerging needs and requirements of 21st century India. He said, it also gives the young scholars and students enough room to decide their options depending upon their aptitude and their personal circumstances from time to time.

Dr. Jitendra Singh said, the entire North Eastern region is faced with the challenge of mass exodus of students to different parts of the country in pursuit of higher education in streams of their preference which may not be adequately available in the North Eastern States. He said, it is therefore, for the educationists in the North Eastern region to work out a comprehensive and effective plan to make use of the best practices incorporated in the National Education Policy for the benefit of the students in Northeast by overcoming the peculiar constraints of the region.

Dr. Jitendra Singh said, the A P J Abdul Kalam Centre at IIM Shillong may also undertake a study to understand how the different streams and subjects available in the Central institutions be introduced in the Northeast so that the students of the region can also take the benefit of choosing subjects of their choice and also of going back to the subjects of their earlier preference, as envisaged in the new National Education Policy.

The A P J Abdul Kalam Study Centre, said Dr Jitendra Singh, can also suggest ways and means to involve the State run Colleges and institutions in carrying out the academic programmes initiated by the Centre. It can also play the role of Resource Centre as well as coordinator between the Centre and State governments on the one hand and among the various education institutions of the States on the other hand, in order to ensure that the benefits of the new National Education Policy percolate down to the last student.