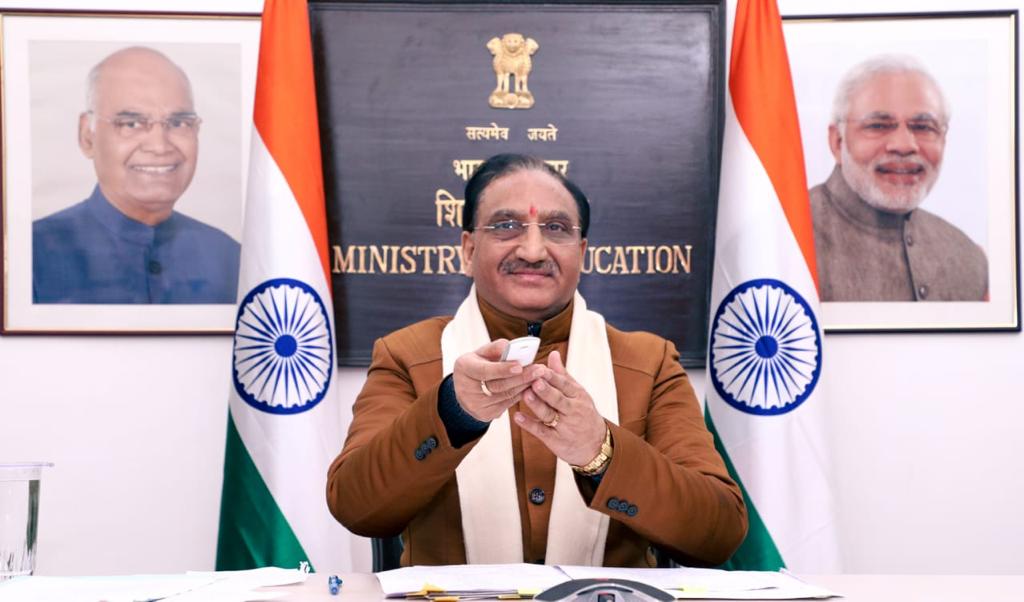 Addressing on the occasion, Pokhriyal said that Kendriya Vidyalayas have become the hallmark of excellence in the country. He said that during the last 6 years more than 150 new KVs have opened in the country and their construction process is also going on a steady pace.

Pokhriyal lauded the efforts of KVS for adopting green building norms in the whole construction process. He appreciated the KVS for taking eco-friendly drives like ‘One Student-One Tree’ campaign, Water Conservation campaign and rain water harvesting in Kendriya Vidyalayas.

Referring to the New Education Policy, the Minister also emphasized upon its various provisions. He expressed deep satisfaction with the fact that while the education session in many countries was delayed by one year due to Corona, the teachers, students and parents in India with their zeal of learning quickly adopted online mediums and continued the process of education.He also appreciated the teachers and students of Kendriya Vidyalayas for setting a model in every field and said we are proud of such an institution.

A new building has been constructed by the KVS at a cost of 13.016 crores in Kumarabagh Bettiah, which is equipped with all necessary facilities. Kendriya Vidyalaya Bettiah in Paschim Champaran district of Bihar established in the year 2003 currently operates from classes 1 to 10 with 489 students. About 10 acres of land was provided by the state government. When this school becomes fully functional from classes 1 to 12, then about 1000 students of the district will be benefited. At present, there are a total of 53 Kendriya Vidyalayas in the state of Bihar, with 04 Kendriya Vidyalayas operating in two shifts.

A new building of Kendriya Vidyalaya No. 4Korba in Chhattisgarh was also inaugurated. This school started in the year 2011-12. State Government provided 10 acres of land and a modern building was constructed by Kendriya Vidyalaya Sangathan at a cost of 15.86 crores. Presently 1025 students are enrolled here. In view of the facilities for the students, this building is equipped with all required modern facilities, along with staff quarters. The school is fully operational till class 12.