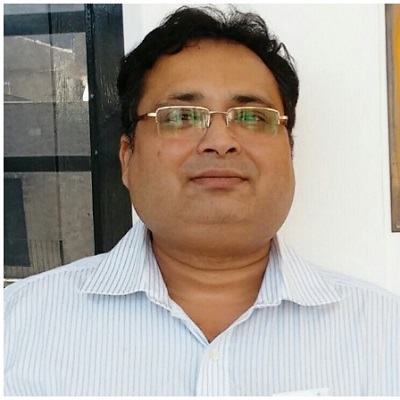 Shanti Swarup Bhatnagar prize: It is a moment of pride for IIT Kharagpur with two back-to-back honours for the Institute’s faculty members and alumnus.

Dr. Abhijit Mukherjee, Associate Professor at the Dept. of Geology and Geophysics and the School of Environmental Science and Engineering has been selected for the prestigious award ‘Shanti Swarup Bhatnagar (SSB) Prize’ for the year 2020 in Earth Atmosphere Ocean and Planetary Sciences.

It is a rare distinction conferred upon scientists who have demonstrated exceptional potential in science and technology. The award will be presented in the presence of the Prime Minister of India, who holds the chair of the President of the Council of Scientific & Industrial Research.

Dr. Mukherjee’s work in the area of groundwater exploration for suitable and sustainable drinking water sources has been widely acknowledged, nationally and internationally. Recently, his research group developed an AI prediction model for detecting Arsenic in groundwater in the Gangetic delta. The work finds mention in communications by the Jal Jeevan Mission. His research areas include Arsenic and other contaminants fate and transport: global-scale to laboratory-scale; Interaction of groundwater with sea and river water; Groundwater recharge and estimation; Groundwater evolution (flow and chemistry) of large sedimentary basins; Groundwater exploration, management and remediation; Urban Geosciences. Adding to the celebrations is the star alumnus of IIT Kharagpur Sundar Pichai, CEO, Google and Alphabet. This ’93 batch Silver Medalist (Dept. of Metallurgical and Materials Engineering) has been named among the 100 most influential people of 2020 by the Time magazine.

He used his natural gifts and strong work ethic to rise through the ranks of Google (now Alphabet) by leading many of their most successful products, such as Drive, Gmail and Maps, cites Time magazine.

Mr James Dimon, Chairman and CEO of JP Morgan Chase writes about Pichai, “The challenges Sundar faces in his role are among the most important of our time—issues of innovation, privacy, regulation and competition. But his analytical, humble and inclusive leadership will position Google to meet the moment. These are traits the world could use a lot more of in these times.”