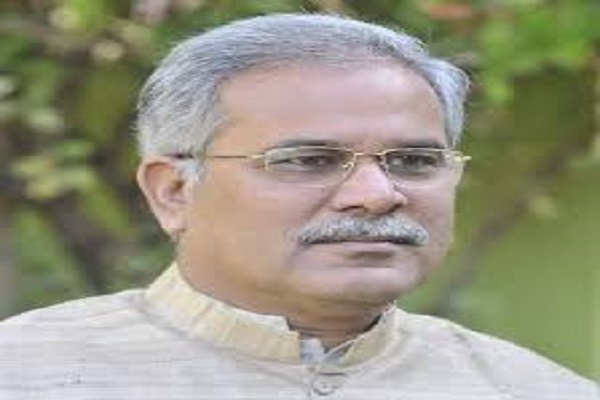 Chief Minister says, ‘the question is about the identity of Chhattisgarh, the feelings of the tribals of Bastar’

Chief Minister Bhupesh Baghel announced during the discussion on the Government Resolution in the Legislative Assembly here on Monday, that the Nagarnar Steel Plant of Bastar should not be dis-invested by Government of India.

The Chief Minister said that this is an important event in the history of Chhattisgarh Legislative Assembly. He said that the question is about the identity of Chhattisgarh, the tribals of Bastar. The people of Bastar have an emotional attachment to it. The land was given to the public sector undertaking, the mine was also given to NMDC on the condition that NMDC would set up a steel plant here. This was the intention of the state government as well as the people. There were frequent movements regarding this. The Government of India is preparing for the disinvestment of this plant and is ready to complete it by September 2021. In this case, mine has been separated from NMDC by demerger. In such a situation this proposal was very necessary, this was decided by the Government of Chhattisgarh.

The Chief Minister said that in the case of Nagarnar, the Cabinet Committee on Economic Affairs of the Government of India agreed in November 2016 to sell 51 percent shares of NMDC’s Nagarnar Steel Plant to a private sector company. It is unfortunate that the then Chief Minister wrote to the Prime Minister that if it is handed over to private hands, then it will become difficult to control Naxalite activities.

Baghel told the opposition- When Ravindra Chaubey was speaking about it, you were taking objection. In 2017, the then Chief Minister Dr. Raman Singh wrote this letter to the Prime Minister.

Baghel said – The mine lease was given to NMDC on the condition that it would set up the Nagarnar Steel Plant. You are saying that on the basis of the letter of 2016 we are talking hypothetically, I would like to tell you that the demerger was decided in 2020, it has also been decided to complete it by September 2021. He said that if the demerger is being decided, then the question is that it is decision of whose demerger ? Because both the plant and the mine are operated by the same. The Nagarnar Steel Plant was considered a separate unit.

Baghel said that there are 637 acres of government land and 1506 acres of private land. The tribals gave land on the condition that public enterprises be set up here. Repeated objections were also lodged by the asset advisor, the legal advisor to the Government of India, that the plant should not be sold.

Chief Minister said that the opposition says that privatization started during our government, they are right. It started when Narasimha Rao was the Prime Minister and Manmohan Singh was the Finance Minister. But it has to be noted that those sick and loss-making enterprises, whose balance sheet was showing losses for five years, could be sold only after the CAG report came out. But during your reign a separate department was opened for disinvestment. Recently, the Rajasthan court ruled that hotels worth hundreds of crores were sold for 72 crores, your government is working to sell assets. In which losses are NMDC, Railways, Airport running. Leave aside the matter of losses and benefits, preparations are being made to sell that which has not yet been made, nothing could be more unfortunate than this.

Baghel said that when you have decided to disinvest Nagarnar Steel Plant, then why are you investing Rs. 1400 crores for the iron ore pipe coming from MMDC to the plant? So that you give ripe fruits! He said that you had given land to Tata. In 2016, Tata had written that it did not want to set up the plant. Despite this, you put that land in the landpool . There the farmers were unable to sell their paddy on support price, could not take loan from the society. Today, we have returned that land, farmers are now taking loans from the society, selling paddy on support price. They are also getting benefit of Rajiv Gandhi Kisan Nyay Yojana. You took land in Nagarnar for a public undertaking, how can you sell in private hands?