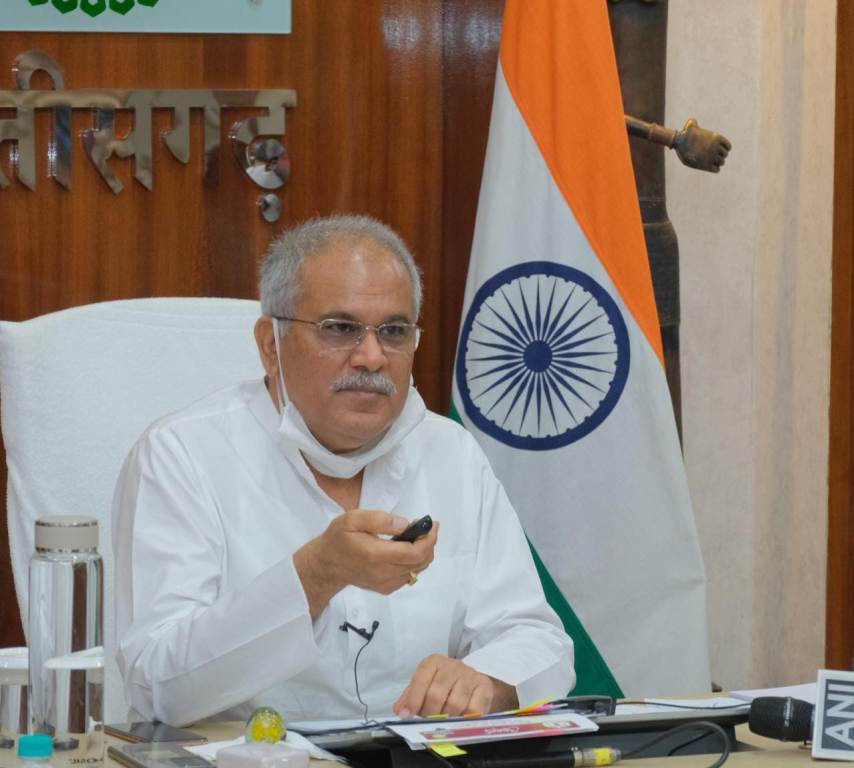 Chief Minister Bhupesh Baghel unveiled the development and construction works worth Rs 685 crore for Durg and Balod district. Baghel said on the occasion that the first and the second wave of COVID pandemic created many challenges before us, but none of these could deter us from our pledge to build ‘Nava Chhattisgarh’.

Chief Minister said that the second wave of COVID is now under control in the state. COVID crisis may have slowed down the pace but could not stop our development. Situation is gradually getting back to normal, and now the development works will pick up the pace and we will soldier on with full potential to realize our vision of ‘Nava Chhattisgarh’.

Baghel inaugurated and performed bhoomipujan of 244 development and construction works worth Rs.685 crore for Durg and Balod districts in a virtual program organized at his residence office in the capital Raipur on June 8.

These include 57 works costing Rs 285.87 crores in Durg district and 187 works worth Rs 399.32 crores in Balod district. The works unveiled today mainly include development of basic facilities such as education, health, roads, electricity and drinking water. On this occasion, Chief Minister Bhupesh Baghel announced sanction of Rs one crore rupees for the pipeline expansion of the water augmentation scheme in Balod. On this occasion, Gundardehi MLA and Parliamentary Secretary Kunwar Singh Nishad put forth the demands related to public convenience and requested Chief Minister for approval.

Chief Minister said that now the children of poor families in the state also have access to quality education through Swami Atmanand English Medium Schools. Children studying from these schools will inculcate self-confidence and get better employment opportunities at national and international level. Students of Atmanand School, Balod thanked Chief Minister Bhupesh Baghel for starting government English medium schools at district and block level that are providing excellent education. Chief Minister appreciated the children interacting in fluent English and wished them a bright future.

Chief Minister Bhupesh Baghel interacted with women members of the self-help groups who conduct various economic activities in gauthans including dairy, vermin compost production and also spoke to the beneficiaries of Rajiv Gandhi Kisan Nyay Yojana and Godhan Nyay Yojana in Durg and Balod district, and asked them about the benefits they have received from the schemes.

About the sugar factory in Sarkabhat in Balod district, Chief Minister said that if the farmers around this sugar factory produce sugarcane instead of paddy, they will get an input assistance of Rs 10,000 per acre under the Rajiv Gandhi Kisan Nyay Yojana. This would help in better operation of this sugar factory. Various products are being sold by the women self-help groups of Balod district under the brand name Balod Bazar. Chief Minister released the Balod Bazar brochure and appreciated the activities of the women of Self Help Groups. So far the Self-Help Groups have had a turnover of Rs.12 lakhs through Balod Bazar, with net profit of Rs.5 lakhs.