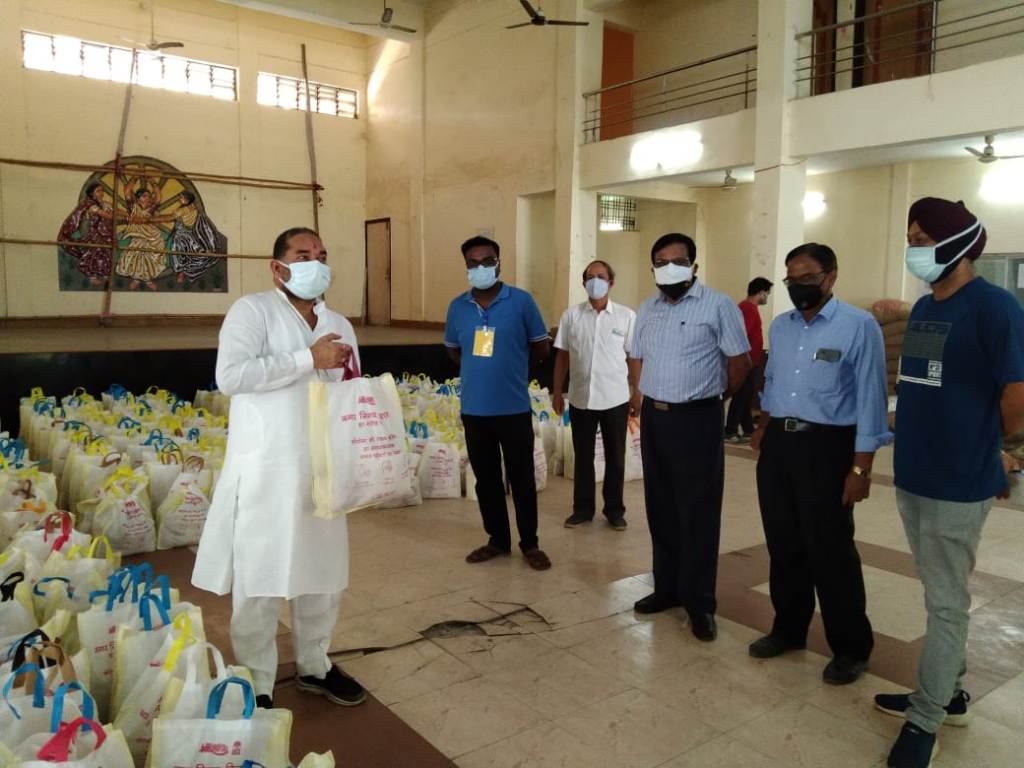 On instructions of Chief Minister Bhupesh Baghel, Raipur and Bilaspur Municipal Corporations are distributing ration packets to the families in need in all the wards. In the backdrop of the challenging circumstances due to lockdown, Municipal Corporations have made this arrangement to bring relief to the people in crisis.

Under the guidance of Raipur Mayor Mr. Ejaz Dhebar, zonal teams are distributing the ration packets in all the 70 wards of the corporation. In each ward, 100 needy families are being provided with the ration packets, under the leadership of councilors concerned. Zone-1 Commissioner Subhash Chandrakar has delivered ration packets at the doorstep of the families in Netaji Kanhaiyalal Bazari Ward no.15.

Likewise, Zone-7 Commissioner NR Ratnesh has personally delivered 100-100 ration packets to the families in Tatyapara ward-37, Chunamandi Nayak ward-38, in presence of councilor and Chairman Municipal General Administration and Legal Affairs Department Ritesh Tripathi and Councilor Deepak Jaiswal. In this way, all the zone teams have distributed ration packets to 100 families in each ward under the leadership of councilor concerned.

Under the leadership of Mayor Bilaspur Ramsharan Yadav and Collector Dr Saransh Mittar, affected families in all the wards of the Municipal Corporation are being provided ration at their doorstep. After people get their name and address registered by calling on the phone number issued by the Corporation, Municipal teams ensure delivery of the ration packets at their homes. Municipal Commissioner Ajay Tripathi has released phone number of all the Zone-Incharges, on which people can call and ask for the ration delivery.