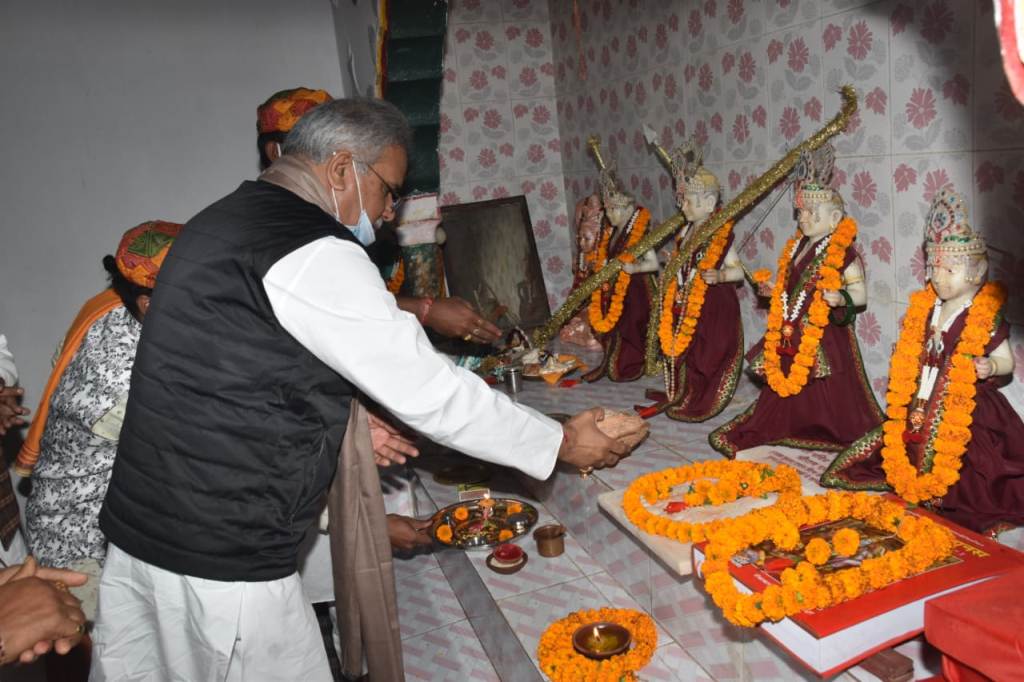 Shower of flower petals on the path of ‘Paryatan Rath’

The procession of ‘Ram, Lakshman and Sita’ on Ram Van Gaman Tourism Circuit was welcomed by Chief Minister Bhupesh Baghel at Surajpur.

Lord Ram is headed towards his ‘nanihaal’ Chandkhuri on ‘Paryatan Rath’. The chariot is being followed by bike rally. Similar chariot is moving from Sukma district in Southern part of Chhattisgarh towards Chandkhuri. Large number of devotees are curiously awaiting the arrival of chariot. The procession is being welcomed with kalash, lamps and flower petal showers on the way.

The Mega Bike Rallies have been flagged off simultaneously from Koriya and Sukma districts on December 14 to mark the completion of two years of the state government in Chhattisgarh under the leadership of Chief Minister Bhupesh Baghel. These bike rally have arrived at their scheduled destination today, i.e. Surajpur in the north and Barsur in the south.

After leaving Surajpur, the bike rally would move across various destination as per the schedule, covering nearly 300 kms to reach Raigarh. On the other side in Barsoor area of Southern Chhattisgarh, MP Mr. Deepak Baij flagged off the Bikers.
On this occasion, MLA from Chitrakote Mr. Rajman Benjam, Sarpanch of Gram Panchayat, Chairman of Nagar Panchayat, officers of district administration and dignitaries were present. To further boost morale of the bikers, MP Mr. Deepak Baij himself rode the bike and travelled about 200 km through Bastanar, Lohandiguda, Jatayushila, Gadaghnaura to accompany the bikers till Kondagaon. On the way, the bikers rally was accorded grand welcome in Geedam, Chitrakote and Bhanpuri. In Jatayushila and Garghanaura of Kondagaon, the localites gave a ceremonial performance to welcome Lord Shree Ram. Ramayana recitation and folk dance performance was organized on the occasion. Tomorrow, on 16 December, the bike rallies would start from Raigarh in the north and Kanker in the south.