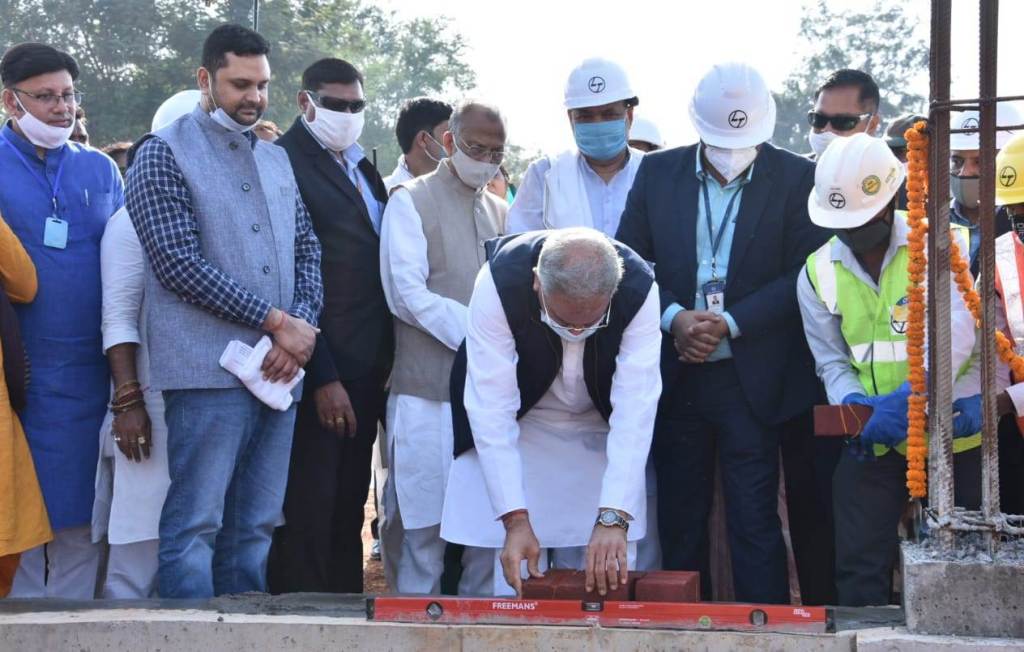 As envisioned by Pt Jawahar Lal Nehru, Bhilai has become the pride of Chhattisgarh and India. The series of IIT started by Pt Nehru has now reached Bhilai. IIT Bhilai is the 23rd IIT of the country and we are proud of it, said Chief Minister Bhupesh Baghel at the Bhumipujan programme of educational corridor of IIT Bhilai and superstructure installation programme of various buildings.

At the onset, brick laying ceremony took place. Chief Minister laid the brick on superstructure at the programme venue. Thereafter Chief Minister unveiled the foundation stone and the 3D model. Chief Minister said in his address to the programme that IIT would promote research activities in Chhattisgarh, which would largely benefit the iron based industries. He said that soon Chhattisgarh would have paddy-based ethanol industry. IIT should develop research model for states with agro-based economy like Chhattisgarh. He expressed hope that construction of IIT campus would be completed by 2022 and this institution would prove to be beneficial in every aspect.
Chief Minister said that technology transforms life in various ways. Earlier aluminum was expensive, now it is accessible. Electronic watches used to be very expensive, now it is cheap, all thanks to the technological advancements. IIT would create new possibilities of development for Chhattisgarh. On this occasion, Home Minister Mr. Tamradhwaj Sahu said that Nehru ji gave the gift of Bhilai Steel Plant to our state, which unleashed the way for rapid development. Agriculture and Water Resource Minister Mr. Ravindra Choubey, Higher Education Minister Mr. Umesh Patel, PHE Minister Guru Rudra Kumar, also addressed the programme. IIT Director Mr. Rajat Moona informed in detail about the features of this institution. On the occasion, Member of Rajya Sabha Ms Saroj Pande, Bhilai MLA and Mayor Mr. Devendra Yadav, Collector Dr Sarveshwar Narendra Bhure, SP Prashant Thakur and other prominent citizens were present.