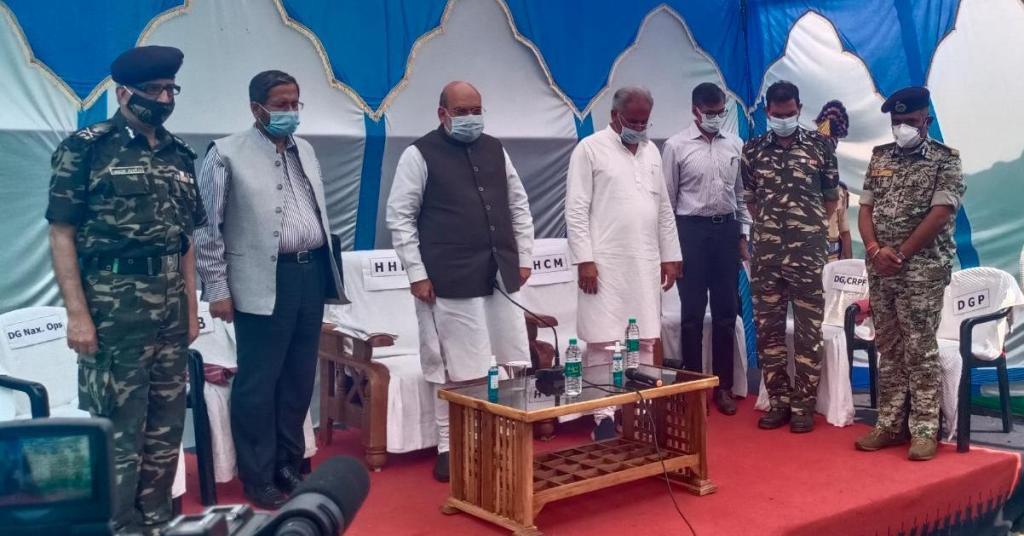 Sacrifice of our jawans will not go in vain

Chief Minister Bhupesh Baghel said that better strategy would be adopted in this fight against Naxalites. Chief Minister reached Basaguda CRPF Camp in Bijapur on April 5 and discussed about the current situation with CRPF and State Police Force officers and jawans.

Union Home Minister Amit Shah was also present on the occasion. Everyone present at the camp observed two-minute silence and paid tribute to the jawans martyred in the Naxalite incident in Bijapur.

Chief Minister Bhupesh Baghel while addressing the security forces personnel at Basaguda CRPF Camp in Bijapur district said that the sacrifice of our jawans will not go in vain. Our jawans have fought the Naxalites with indomitable courage and bravery, causing great damage to the Naxalites. We are proud of their martyrdom.

Baghel said that the ongoing battle against Naxalites will be fought with better strategy.

He added that the development works in the remote and border areas of Bijapur-Sukma should be completed as priority.

On this occasion, Chief Minister Bhupesh Baghel and Union Home Minister Amit Shah boosted morale of the security forces personnel at the camp.