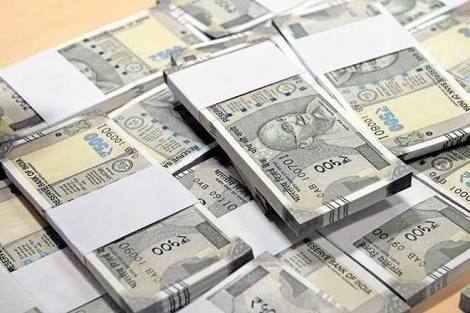 The crisis period of Coronavirus has put people in a financial crisis. According to the recently released RBI report, due to the stagnation of work in the lockdown and the increase in other domestic requirements including the treatment in the epidemic, people are meeting their needs by withdrawing money deposited in other schemes of banks including RD, FD. The biggest impact is being seen on its people engaged in private jobs.

It is because during the first year of Corona’s crisis, 44,000 crores have been withdrawn from PF as compared to last year. Secondly, between April 2021 and May 2021, within two fortnights, people have withdrawn Rs 4178 crore from RD FD and Rs 7395 crore from savings accounts. Its direct effect was that the capital deposited in post offices and banks is getting reduced. The trend of rupee is increasing in the same market. According to the report from the year 2019 to the financial year 2021, during the three years, 418349 crore rupees have come into circulation.During the Corona period, the number of cases of mortality and medical claims insurance is also increasing continuously. The situation is that from April 2020 to April 2021, 1482000 people had claimed for the insurance claim. Whereas from April 1 to May 1 in this year, 406496 people have applied for the claim in one month itself.

The number of people taking claims has also increased significantly due to the number of accidents with the people continuously during the peak period of Covid. From the financial year April 2020 to May 2021, 14 lakh 82,000 people had claimed the insurance company for the claim. In the year 2021, in the month of May itself, this figure increased more than thrice in one month itself as from 1 April to 7 May 2021, 46498 people have claimed the insurance companies for the claim.

The money deposited in PF and other government schemes is part of the government’s long-term borrowings, which are used by the government to provide basic facilities to the common man. But their withdrawal before the time period will put additional burden on the government, due to which important projects are likely to stop.

The savings money deposited in the bank and post office is being spent for medical and other needs and due to the lock down situation, the business is closed, which will reduce the ability of the common man to repay the bank loan installment. Because of this, NPAs are expected to increase in the near future, although banks are again providing support to every section by operating various new schemes. Due to the excessive withdrawal, there has been liquidity of money in the market which gives rise to inflation due to which essential commodities are getting out of reach of the common man. To come out of all these situations, the government can soon announce a relief package.

(Sudhesh Poonia is a banking specialist and the views presented are his personal.)