Launch of next tranche of commercial coal mines auction in Coming Months: Minister

Ministry of Coal has executed agreements with the eight successful bidders pursuant to the auction of second tranche of coal mines for commercial mining (Tranche 12 under CMSP Act and Tranche 2 under MMDR Act) here on Sept 23.

Addressing the successful bidders, Union Minister of Coal, Mines and Parliamentary Affairs, Pralhad Joshi congratulated them for their successful participation in the auction process. The Minister stressed that the Government of India and the Ministry of Coal are on a continuous journey to reform the coal sector and unlock values for the nation’s economy. The success of these auctions will help in further strengthening the vision of an Aatmanirbhar Bharat as it will help reduce India’s coal imports, the Minister added. 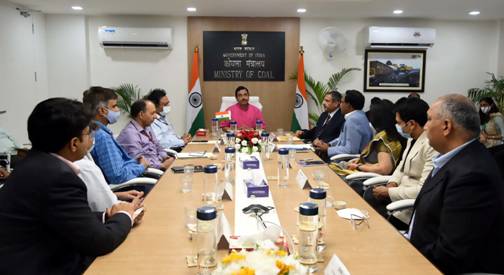 Pralhad Joshi appealed to all the coal bearing states to facilitate the opening of allocated coal mines so that India could make use of its abundant coal resources to ensure energy security for its citizens. The Minister announced that the next tranche of commercial mines auction would be launched in October/ November 2021.

The details of most of these mines are already available in public domain, and some more mines shall be added in the list. Meanwhile, the Ministry of Coal is coming out very soon with tender document for second attempt of auction of 11 coal mines in the ongoing auction tranche for the coal mines, which have received single bids. Eight coal mines have been successfully auctioned with the winning percentage of  revenue share ranging from 6% to 75.5% with an average % revenue share of ~30%.The electronic auction of these mines was conducted in the first week of August this year.

SBI Capital Markets Limited, sole Transaction Advisor to Ministry of Coal for the Commercial coal mine auction, had devised the methodology and assisted Ministry in conduct of the auction.