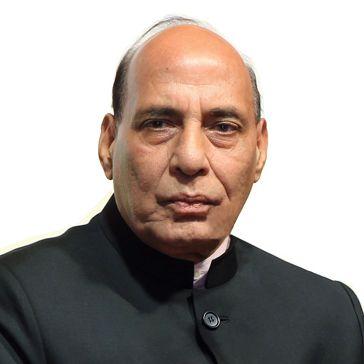 Delhi, Jan 16
Raksha Mantri Rajnath Singh, reviewed the preparation for Aero India – 21 during the Apex Committee Meeting on 15th January 2021 in Bengaluru. Aero India 2021 is a keenly anticipated event which is now being conducted as a Business event from 03rd to 05th February 2021. Thisthreeday event is unique as it will be the World’s first Hybrid exhibition wherein the Business element of the event will be both physical as well as virtual.

During the meeting, Raksha Mantri emphasised on the Safe conduct of the event and making it inclusive for the world A&D industry. He said that the hybrid model of Aero India – 21 should be the template for the world to emulate conduct of Business in the new normal till the concerns of the pandemic are addressed. Aero India-21 is now being held simultaneously as a Physical Exhibition and a Virtual Exhibition with Stalls being provided in both the physical and virtual realms which will result in greater engagement and the exhibitors will experience a greater outreach catering to those who could not join the event physically. The Raksha Mantri noted that the attendees joining the event virtually could participate in Seminars, interact with the exhibitors and representatives, hold B2B meetings and could also view the product details and supporting videos.

Aero India being one of the Major International Aerospace and Defence (A&D) exhibitions, requires active participation, shared responsibility and synchronised efforts at all levels. Towards defining the roles and responsibilities, an MoU was signed on the margins of the meeting between Government of India and Government of Karnataka. The theme of the event is “Runway to a Billion Opportunities”, in keeping with Prime Minister Narendra Modi’s vision for Atmanirbhar Bharat. In a first-of-its-kind initiative, the event itself will showcase India’s resolve to be first amongst first. The indigenous technological and logistic prowess will be at the fore and the event will embolden our Aerospace and Defence industry, Start-ups, MSMEs to forge partnerships with Foreign OEMs who are also keen to attend.

Aero India-21 abides by International norms for conduct of such events and incorporates additional precautions for social distancing, crowd control wherein the total exhibition area count has been reduced to 15000 PAX and Air Display Visual Area to 3000 PAX, safe social behaviour such as compulsory wearing of facemask, non-contact interactions etc, brochures and literature would be predominantly in digital format, contactless experience for registration and booth visits, negative RT-PCR test 72 hrs prior 03 February 2021, entry screening, and restricting entry of people with symptoms to ensure safety for all attendees.

Raksha Mantri also Launched the Aero India-21 mobile app today which will be the handy interactive interface for all issues related to the event and promises to provide a hassle free entry to the venue.The app will be available on the Apple App Store/Google Play Store and is a holistic app with features to support exhibitors, attendees, and the media – pre, during and post the event.

As the countdown for the mega Aero show has begun, 576 exhibitors and 35+ Foreign delegations have registered thus far with the event being a complete Sell out, reposing their faith in the Ministry of Defence to further their A&D Business interests. Aero India 2021 is symbolic of India’s resolve to further its Business interests as also take global initiatives towards furthering peace and security in the region.

Raksha Mantri complimented the host State’s preparedness and efforts and expressed confidence for the conduct of a safe Aero India-21 during the prevailing pandemic situation. Rajnath also highlighted a giant step in self-reliance through the order of 83 Light Combat Aircraft (LCA) to HAL valued at over Rs 48000 crores which will prove a boon to Karnataka in general and Bengaluru in particular in terms of generation of more than 50,000 jobs with extensive participation of MSMEs and private sector.