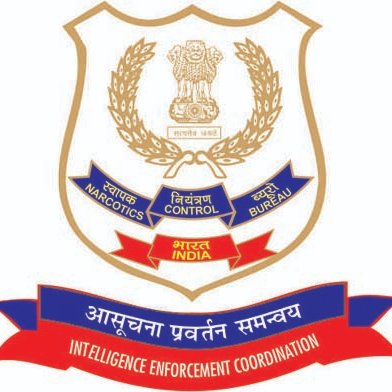 In separate operation 56 kg of Hashish seized at Jammu whose main receiver was arrested from Mumbai.

Delhi, Oct 16
Metro cities of India serve as the prime destination for various contrabands. NCB in synchronised operations at Mumbai and its connections with rest of India, has made various seizures and arrests which are having ramifications on the narcotics supply chain.

On the basis of specific information, on 12.10.2020 team of NCB MZU had seized 1 kg of cocaine and 2 kg of P.C.P. (Phencyclidine) from One M. Ahmed from Vasai, Palghar. During interrogation, M. Ahmed revealed that the contrabands has been provided by one S.K. Saurabh for further selling. NCB team developed intelligence and on the basis of manual intelligence and technical surveillance, apprehended S.K Saurabh on 13.10.2020 from Vasai, Palghar. The sustained interrogation of S.K. Saurabh resulted in further recovery of 29.300 kg of MDA from his shop/godown on 14.10.2020. S.K Saurabh further revealed that the drugs belong to A. Khanivadekar and R. Khanivadekar.

A. Khanivadekar has been apprehended and is under interrogation. During interrogation, he revealed that his brother R. Khanivadekar is accused in a DRI case of 483 kgs of Ephidrine and is on bail. Before the DRI raid, they had shifted the contrabands to the shop/godown of S.K Saurabh and S.K Saurabh had taken out the above recovered contraband from that lot while shifting.

NCB Jammu Zonal Unit had affected a seizure of about 56.4 kg of Charas concealed in 55 packets at Ban Toll Plaza, Nagrota, Jammu on 15.09.2019 and apprehended M. Gupta, A. Gambir and Sonia, all residents of Delhi. Rs. 1,91,000/- and the XUV 500 SUV, which was used to conceal and traffic the contraband was also seized by NCB. The Charas was destined for Mumbai. In a combined operation between Ops Unit and Jammu Zonal Unit, the prime suspect of 56 kg Charas case (seized in Jammu on 15.09.2020) i.e Faruk Chandbadhsah Shaikh (age about 40 years) S/o Chandbadhsah Shaikh, R/o TA-5, Near By Musa Mension Zopadpatti Tank Pakhadi Road Byculla West, Hafijali Bahadurkhan Road (M.N.V.37) Khand Mumbai City 400011 was apprehanded from Mumbai- Pune Highway, along with one of his associates namely Kurban Ali S/o Mohd. Daud R/o H. No. 1933, Mustupha Raja Gali, Basani, Nagaur, Rajasthan.

During further interrogation, they revealed that they were also involved in one case of Mumbai, in which 6 kg Charas was seized from their other associates.

In another operation, NCB, Ops had apprehended one Pradeep Rajaram Sahni with 70 gms of Mephedrone in the area of Andheri West. Pradeep had disclosed that he used to supply Mephedrone to various persons in the Andheri and Juhu Area. He was employed as peon/runner with Balaji Telefilms Pvt. Ltd through a third party. The further distribution network of Pradeep Rajaram Sahni is being investigated.

In yet another action on the distribution network of drugs, NCB had arrested one Nigerian national namely Uka Emeka @ Godwin and 04 gms of cocaine has been recovered from him. The seized drug originated from a South American country and the drug trafficker is suspected to be delivering the contraband in the areas of Pali Hill Area, Bandra, Andheri, Juhu and Khar Area.

Further investigations of the forward linkages is underway.

NCB is committed to eradicate the menace of narco trafficking.