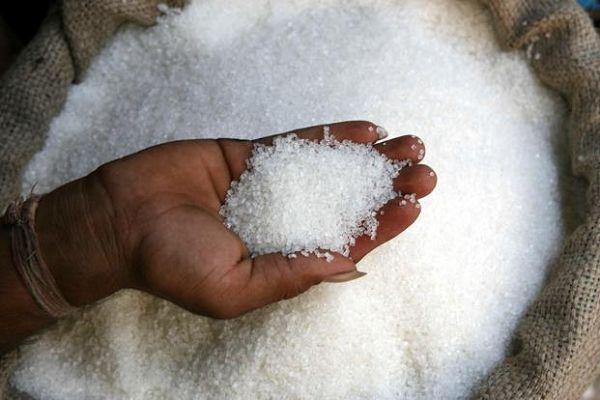 Diversion of excess sugar to ethanol: Loans of about Rs. 3600 crores sanctioned for 70 ethanol projects in last two years

Delhi, Nov 21
In the normal sugar season, about 320 LMT of sugar is produced against domestic consumption of 260 LMT. This 60 LMT of surplus sugar which remains unsold, blocks funds of sugar mills to the tune of about Rs. 19,000 crore every year thereby affecting liquidity positions of sugar mills resulting in accumulation of cane price arrears of farmers.

To deal with surplus stocks of sugar, sugar-mills are being encouraged by the Government to export sugar, for which Government has been extending financial assistance. However, India being a developing country can export sugar by extending financial assistance for marketing and transport only up to year 2023 as per WTO arrangements. So, as a long term solution to deal with surplus sugar, to improve sustainability of sugar industry and to ensure timely payment of cane dues to farmers, Government has been encouraging diversion of excess sugarcane & sugar to ethanol for supplying to Oil Marketing Companies for blending with petrol which not only would reduce import dependency on crude oil, promote ethanol as a fuel which is indigenous & non polluting, but will also enhance income of sugarcane farmers.

Earlier, the Government had fixed a target of 10% blending of fuel grade ethanol with petrol by 2022 and 20% blending by 2030 but now Government is preparing a plan to prepone achievement of 20% blending target. However, as the existing ethanol distillation capacity in the country is not sufficient to produce ethanol to achieve blending targets, Government is encouraging sugar mills, distilleries and entrepreneurs to set up new distilleries and to expand their existing distillation capacities and is also extending financial assistance by way of interest subvention for 5 years at 6% maximum rate of interest against the loans availed by sugar mills/ distilleries from banks for setting up their projects. In past 2 years, loans of about Rs. 3600 crores have been sanctioned for 70 such ethanol projects (molasses based distilleries) which involve capacity enhancement of 195 crore litres; out of these 70 projects, 31 projects have been completed adding a capacity of 102 crore litres so far. With the efforts made by Government, the existing installed capacity of molasses based distilleries has reached to 426 cr ltrs. Under the ethanol interest subvention scheme for molasses based distilleries, Government in September, 2020 has opened a window for 30 days to invite more applications from sugar mills/ distilleries, which were examined by DFPD; about 185 applicants (85 sugar mills and 100 molasses based stand alone distilleries) are being granted in principle approval for availing loan amount of Rs. 12,500 crore for capacity addition of about 468 crore litres per annum. It is likely that these projects would be completed in another 3-4 years, thus help in achieving the desired blending target.

However, as the blending targets cannot be achieved only by diverting sugarcane / sugar to ethanol therefore, Government is also encouraging distilleries to produce ethanol from other feed stocks like grains, etc for which the present distillation capacity is not sufficient. Therefore, concerted efforts are being made by Govt. to enhance ethanol distillation capacity in the country by 720 crore litre for producing ethanol from 1st Generation (1G) feed stocks like sugarcane, molasses, grains, sugar beet, sweet sorghum etc. With use of other feedstocks, ethanol can be produced in non-sugarcane states also and this will help in distributed ethanol production in the country.

In view of surplus of availability of rice in the country, Government is making efforts for production of ethanol from surplus rice with FCI to supply to Oil Marketing Companies to mix with petrol in Ethanol Supply Year 2020-21 (December-November). Efforts are also being made to produce ethanol from maize in states which have sufficient production of maize.

In the current Ethanol Supply Year 2019-20 only 168 crore litres of ethanol is likely to be supplied to OMCs for blending with petrol thereby achieving 4.8% blending levels. However, in the ensuing Ethanol Supply Year 2020-21, efforts are being made to supply 325 crore ltrs of ethanol to OMCs thereby achieving 8.5% blending; and in the ethanol supply year 2021-22 ending in November, 2022 efforts are being made to achieve 10% blending target which is quite possible in view of the concerted efforts made by the Government. For Year 2020-21, bids of 322 crore litres (289 crore from molasses and 34 crore litre from grains) have already been received in first tender floated by OMCs and in subsequent tenders more quantity from molasses and grain based distilleries will come, thus Government will be able to achieve 325 crore litre and 8.5% blending target.

In next few years with 20% ethanol blending with petrol, Government will be able to reduce import of crude oil, a step towards being Atma Nirbhar in the Petroleum sector and this will also help in increasing the income of farmers and creating additional employment in distilleries.

PMKVY 3.0 will take skilling to remotest of villages and towns in India

PMKVY 3.0 will take skilling to remotest of villages and towns...