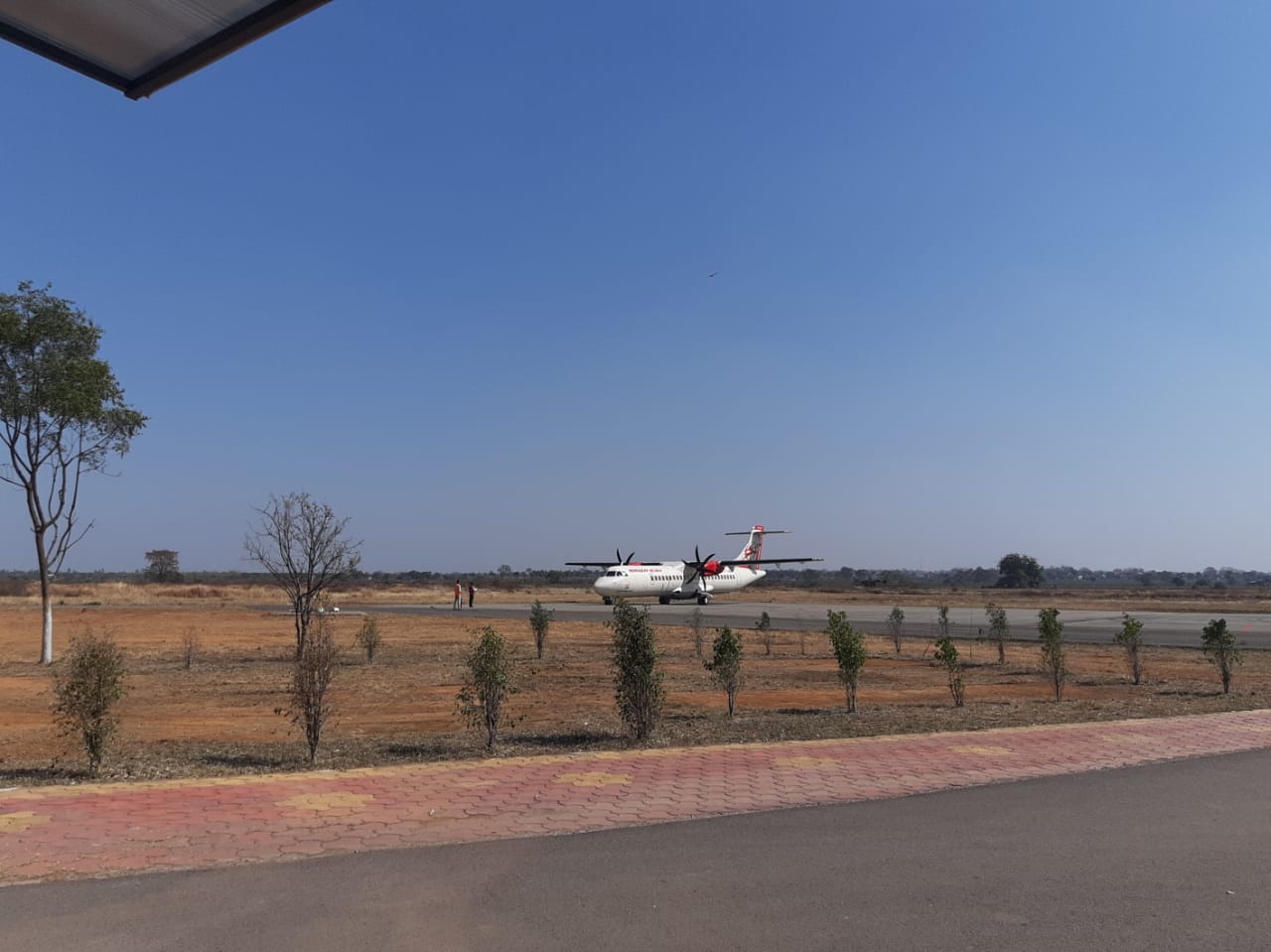 Two flights to be operated from New Delhi to Bilaspur on Monday, Wednesday, Friday and Sunday

First flight will leave Delhi and reach Bilaspur at 3.20 am via Jabalpur and will return to Delhi via Bilaspur at 3.45 pm via Prayagraj

As a result of Chief Minister Bhupesh Baghel’s efforts, flight service from Bilaspur to Delhi and from New Delhi to Bilaspur will commence from March 1. Air Alliance testing flight aircraft made its first arrival on Feb 25 at Chakarbhata Airport in Bilaspur.

Chief Minister Bhupesh Baghel has said that the first arrival of testing flight at the run-way of Bilaspur Airport is a matter of joy for all of us today. Chief Minister also said that this airport of Bilaspur will now be known as Bilasa Devi Kenvat Airport. On the request of Chairman of Chhattisgarh Fishermen Society and Fishermen Welfare Board M.R. Nishad, Chief Minister Bhupesh Baghel agreed to change the name of this airport from Bilasa Bai Kevantin to ‘Bilasa Devi Kenvat’.

It is noteworthy that Chief Minister Bhupesh Baghel has been making consistent efforts for air connectivity to Bilaspur. Recently, during his stay in New Delhi, Chief Minister Baghel met Union Aviation Minister Hardeep Singh Puri and requested him to grant permission for air connectivity from Bilaspur to metro cities like Delhi, Mumbai and Kolkata. In response to which Union Minister Puri had announced the commencement of air service from Bilaspur to Delhi.

Chief Minister had also requested for air service from Ambikapur Airport and Jagdalpur Airport to the metro cities, in response to which Union Minister had assured of taking positive initiatives in the direction. Chief Minister has thanked Union Minister Mr. Puri for sending Air Alliance aircraft to start air services from Bilaspur to Delhi. He has said that the commencement of air services to Delhi will help in the economic progress, industrial development of Bilaspur and surrounding areas, while people will get to avail low cost air travel.