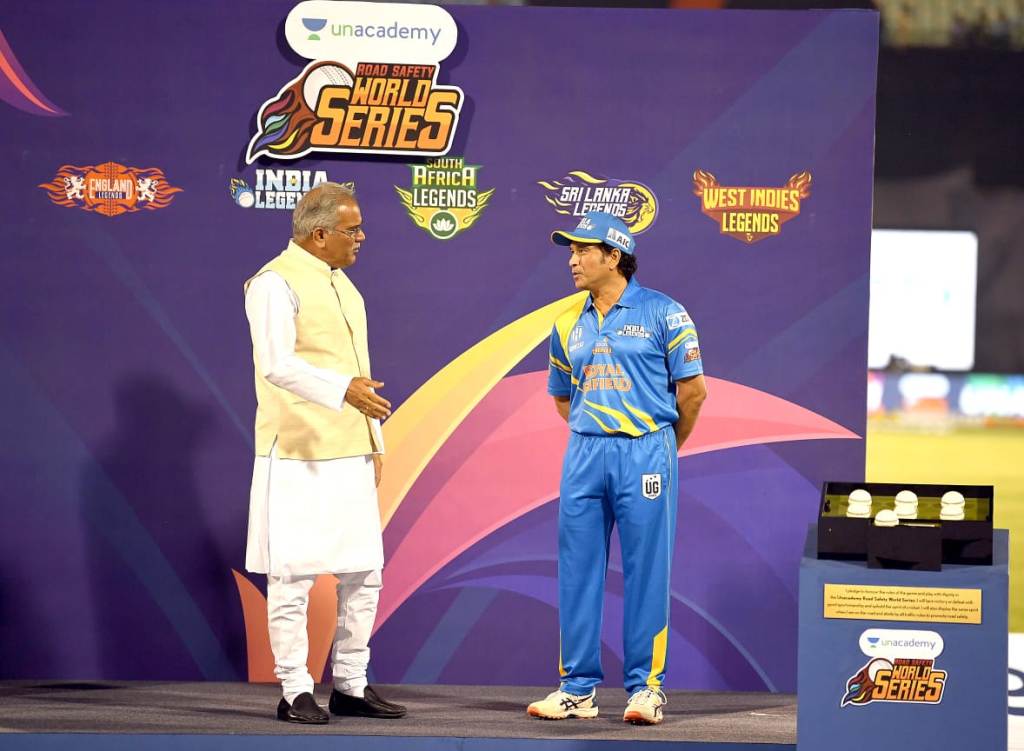 The series opened with spectacular fireworks. The first match started between India Legends and Bangladesh Legends. The cricket match began with the national anthem of Bangladesh and India. On the inauguration of this cricket series, Chief Minister Baghel welcomed all the players participating in this World Series on behalf of 2 crore 80 lakh people of Chhattisgarh.

He said that Sachin Tendulkar, who is called the God of Cricket, has arrived here. Also, Yuvraj Singh, Mohammad Kaif, Munaf Patel, Virender Sehwag including Indian and all the cricket stars of Bangladesh have arrived here.

Baghel said that due to the Corona pandemic, players from grounds and spectators from stadium, had disappeared. The event is being organized with all the protocols related to Covid-19 in place. Earlier, Chief Minister Baghel reached the ground and met the players of India and Bangladesh and wished them all the best.

Chief Minister Bhupesh Baghel and the captains of India and Bangladesh team put their signatures on the cricket ball. After winning the toss, Bangladesh Legends and the team decided to bat first.

Six countries including India are participating in this World Series. In the World Series, held from March 05 to March 21, the first semi-final will be played on March 17, the second semi-final on March 19 and the final will be held on March 21. In this series, the spectators will enjoy watching the master-blaster Sachin Tendulkar’s batting for the first time on the ground of Chhattisgarh.